The weekend starting the 20th July, I had the fortune of helping out at DissFest at the park on Park Road in Diss. The sad story is I can only tell you bits I saw and experienced as I was away most of the weekend mornings and afternoons.

The big day for this amazing event held by the fabulous team of Unit Twenty Three, I got to the park at 5.25pm to get briefed before i started at 5.30pm. I had various job's to do but I tried to pay attention to what was happening; 1 was Park Radio, one of Diss' local radio stations and they were doing a thirteen minute round quiz.

Whilst they were doing the quiz, I was helping put up the Art's Award tent and taking the essentials like table's to both the Art's Award and the Information Tent. I then helped put sign's around the park to help civilians know where the facilities and event's were happening, I then helped with the food for the interval by putting it into bowls and taking it out to the tables so there were two bowls to a table with a mixture of crisp's and fruit.

I got to the park around 6.30 ready to help out at 7pm, when i got there the first show of Romeo or Juliet was still happening so I helped out stewarding and making sure everything and everyone was OK and happy and also accessible and easy to see for those with mobility difficulties as the cast members had two different coloured ties, blue for the Montague's and red for the Capulet's as they were going around the park and using the equipment at their disposal.

Once the afternoon show finished we had a little break before the next show that was happening 30 minutes later in the evening which was a re-enactment of the first show but with a few character's changed within their roles. Again, me and one other staff member were with the Capulet's and another two staff member's with the Montague's, walking around the park with them making sure everyone could see and also making sure they could access all area's.

The play was very good and interactive between scene's and everybody was gazing and entranced, especially the children.

I came just in time for the puppet show  of 'Pip's wildlife garden' in the afternoon at 2.30 in the marquee. When I also arrived on site the choir were singing in the park pavilion with lots of watching eyes.

The artist used sound effects which was a CD track on the CD player, a wooden chair for the garden gate as well as for sitting on,  a puppet called Pip; a hedgehog; snail and a hare, a soil bag which she used to fill up her basket so she can plant her cabbages, carrots and peas and a blanket which she used to cover herself with for when she sat on the chair to have a little snooze and then to be used as the night sky attached to the little green garden shed that that had a massive spider's web in that sat on the table, she also wore glasses, a  blue garden apron and a hat for when she was gardening.

The artist was very engaging with the audience, especially the children who sat on the floor so they could see the show, getting them then to tap their finger's on their hand using 1,2,3,4, finger's for the rain as it it louder and lighter. she also told the story very well and the props looked well cared for and very well put together using different materials. she also used different tone of voice to be 'Gran' and 'Pip' and even the other animals. Afterwards she even let the children go up and see all the different puppet's and props and how they were made.

Once all acts were finished, I started to help pack up and get everything in a nice order as people were leaving the venue and helped take down gazebo's, the Art's Award and the Information tent, picking up rubbish and helped take down the bunting and taking out the poles and loading equipment into people's car's.

'Amazing team, amazing place to work- second year on the trot, loved how well the site worked I also loved how everyone in orange worked together and thought there was some incredible performers' - John Brogan ( Volunteer)

' DissFest is a lovely celebration of all things community arts, I love being their venue manager- I meet so many talented artists, local legends and families! It’s got great quality offerings but is so chilled at the same time' - Alice Jane ( Marquee Manager) 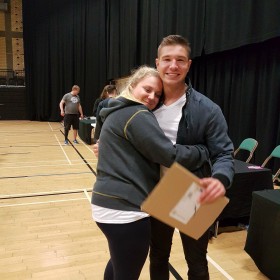 I'm a 22 year old retailer who has done Bronze, Silver and Gold Art's Award with Unit Twenty Three down in Diss before it moved. I still help the art's where and when I possibly can as it have made me who I am today being part of a great community. 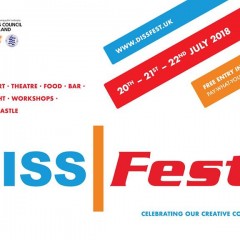 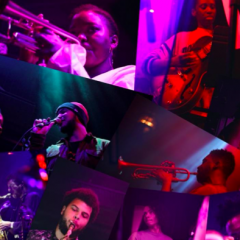