Pride used to be a thing of conflict in our house. My husband went to the main London parade each year, but I never really saw the point. I was out, I was accepted, I wasn’t facing any discrimination at work or in my community - what was the point of me going to Pride?  I didn’t object to him, or anyone else, going, I just didn’t feel the need to go myself.That never stopped him trying to change my mind.

A few years ago, he toddled off to Pride on his own again after I’d resisted his annual request for me to go too.  I happily settled down for day, ordered pizza, and fired up the Xbox.  At lunchtime that day I was lazily eating pepperoni and flicking through Facebook when I was shocked to discover a selfie of himself with Sir Ian McKellen – one of my absolute heroes.  Apparently my husband had known this had been arranged FOR WEEKS, but he’d forgotten to tell me.  People have divorced on less grounds.

Of course, the following year, I had to swallow my pride and go.My opinion of Pride was changed in an instant.

I was struck by two things.  The first was the overwhelmingly positive emotion that emanated from everyone – I’ve rarely experienced such a powerful and enormous wave of love and joy like I did that day, and that feeling will live with me forever.  The second was how in-yer-face the diversity was.Every nuance of that LGBTQ+ rainbow flag was proudly on display, celebrated, and embraced.  As a boy who grew up in a small northern town in the 80s, where people didn’t talk about such things, I finally understood why Pride is so important.  And I still hadn’t met Sir Ian.

In the arts, however, I have often questioned whether that diversity is as celebrated, as visible, as embraced as it was at Pride that day.  I question whether the LGBTQ+ characters and stories we create and portray – whether in plays, films, or novels - are as diverse as we actually are. I question why the only gay men I see being represented on screen or stage are the pretty ones, or the sassy ones, or the camp ones.  That’s not to say that pretty, sassy, or camp gay men shouldn’t be represented – they absolutely should – but where is everyone else?Where are the older LGBTQ+? The introverted?  The outsiders?  Why aren’t their stories, and every other nuance of our vast diverse community, being explored and represented in our art forms?

They absolutely should be.

I recently watched the film “The Greatest Showman” after many friends went on about how great it was.  I wasn’t entirely won over by the film, but I recognised something in it that I think people are connecting with.  It’s a film that celebrates difference and diversity.  It confidently portrays people who don’t fall into the pretty young thing category and gives them value. It celebrates all people, whoever they are, wherever they are, whatever they are.  So little else in film and theatre does this, and I think that’s why the film resonates. In the mainstream arts we rarely see anything like this, and, sadly, this is equally true in the way we represent LGBTQ+ people.  Pretty.  Sassy.Camp.  Everyone else; hide at the back, keep quiet, you’re not as important.

Ultimately, this has to be what Pride challenges and corrects.  We must continue to celebrate individuality and diversity within the LGBTQ+ community.  We must take pride in who we are and not allow others to take our pride from us because we don’t fit their narrow worldview.  LGBTQ+ artists must endeavor to represent all of us, because this empowers us, and others, to be confident in who we really are.

That’s what Pride is to me.  Celebrating all our value.  Reminding us that we are all unique.  Telling the world that all our stories are important.

And although I still haven’t met Sir Ian, I’m totally won over.

Voice also interviewed Ian Tucker-Bell regarding his new play Trans Pennine, and you can read it here. 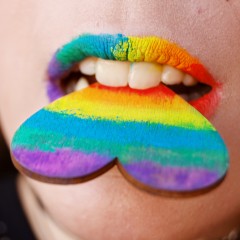