Voice MagBlogsOne for the Bucket L…

Travelling alone may seem like a daunting prospect, but in reality it could be one of the most exciting and rewarding adventures of your life.

Embarking on a backpacking trip is a popular rite of passage for young people all over the world; this summer hordes of teenagers will set off from home, interrail passes in hand, ready to begin the adventure of a lifetime. It was certainly a pivotal youthful experience I was determined not to miss out on, especially as a gap year student with few responsibilities or commitments tying me to home. Logistical problems began to arise as I started to plan my trip, with many friends either at university with exam pressure to deal with, or fellow gap year friends having different priorities, I was faced with the decision to write off travelling until another year or go it alone. For me, it was an easy choice.

Whilst I was determined not to let any anxieties prevent me from fulfilling my desire to travel, I found myself growing more and more daunted as the day of my departure approached. Many people feel afraid to be alone, it’s a natural human instinct which I’ve never felt more acutely both within myself, and those around me, than when I made the decision to travel around Europe solo for a month. Parents, friends and co-workers struggled to hide their mix of surprise and horror when they heard of my plan to travel alone. Yet despite my own personal worries, and a plethora of daily worried texts from my parents, travelling alone quickly became one of the best experiences of my life.

Being able to explore unfamiliar places, see new sites and taste new foods was acutely exciting, and I didn’t have to worry for a moment what anyone else wanted to do. Whilst travel in any form can be life-changing, I found myself utterly enchanted by the wealth of possibility exploring a city all for myself had to offer. Travelling alone is becoming more and more popular nowadays, and it seems so many people I know have considered embarking solo and are just looking for a reason to go. Whether you’re planning a long weekend trip to an exciting city, or a longer tour of various countries, here’s why travelling alone might be the best decision you make.

Your parents or the designated mum friend in your group aren’t around anymore to help you decide what to do with your few days in each destination. Travelling solo forces you to take the initiative to step out there and see all the things you want to see. Whether that means spending hours after hours wandering around an art gallery or simply lying in a park and sunbathing, it’s entirely your prerogative. It’s a hugely liberating feeling to be able to just wander down a series of medieval alleyways in a new city and get yourself completely lost just because you can. Having to make every decision completely for yourself forces you out of your comfort zone, and allows you to experience each new city or country precisely how you want.

One of my biggest fears before leaving for my trip was that I would be lonely, I felt nervous at the idea of not having people to speak to or eating alone at restaurants each day. Being able to discover I felt completely comfortable in my own company without anyone else present was an incredibly empowering experience. Coming to the realisation that yes, I can sit at that table and eat a meal alone, yes I can go to that jazz bar not knowing anyone and still have an amazing time was highly liberating. Even undertaking the simple things alone can be empowering, whether that’s getting on a plane alone for the first time or finding your GCSE level French isn’t as appalling as you first believed. Being able to realise you are perfectly capable on relying simply on yourself is hugely refreshing.

As someone who considers themselves to be a fairly extroverted, sociable person, I was not looking forward to the numerous evenings in at my hostel that I expected from travelling alone. This is something that could have easily happened if I hadn’t forced myself to make the effort and socialise within my hostels and outside when I was exploring each city. Learning to approach people in my hostels and initiate a conversation, despite making me feel like I’d been dropped in an American High School movie, certainly makes your capability for self-confidence soar. It may feel like an awkward situation at first but learning to make strong and rapid connections with fellow travellers is truly wonderful and pushes you to form friendships with people you would have never otherwise met. 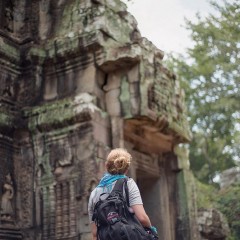 Travelling alone may seem like a daunting prospect, but in reality it could be one of the most exciting and rewarding adventures of your life. 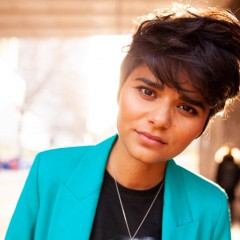