I have written an essay about the over-saturation of sequels in Hollywood, and how this may have a detrimental effect on smaller independent movies

When studios release a sequel to a previously successful box-office hit, they do not need to spend as much money promoting the films, because are almost guaranteed a large audience, simply as a result of the success of the first film. Multiple releases of second and more releases can result in lucrative spin-off TV franchises and huge revenue from consumer products.

Why are films like Paul Blart Mall Cop 2 being released and making the studio big profits (and outraging critics with a 5% score on rotten tomatoes), while smaller indie films and critically acclaimed films are getting less and less attention?

Donald Clarke says “Yes, there is too little fresh material in mainstream cinema. The greater problem, however, is sequels. Each dead horse is flogged until the spin-offs run rancid from every wound. All but one of the 10 highest grossing films of 2017 was a sequel; 20 years ago, just two of the top 10 were sequels. There’s your problem.”

Brad Bird says “Many of my favorite movies are sequels. But I do worry when it’s taking up more than fifty percent of the big-budget bandwidth, the collective bandwidth of Hollywood, it starts to worry me because it means nothing new is getting introduced into the ecosystem. That’s not healthy for the long-term view of film.”

Matthew Lieberman, director at PwC says that old model distribution of films worked against smaller, indie films. “In the past a film was always released theatrically first and then went through what we call various revenue windows. That would include home entertainment and pay television and free television”, he said.

But now, that is starting to change, with companies like Netflix, Amazon and Hulu who are taking advantage of the internet buzz, to carry TV series, (which often have as high production value as many films) to big, global audiences. This may result in these platforms allowing the creation and release of many interesting original movies in the future. Matt Pressberg, a film business reporter at The Wrap said “Netflix and Amazon, they’re looking for movies in that sweet spot.”

The issue here is that these sequels aren’t always bad — they may sometimes even be better than OK. They’re passable, not something audiences want to see again, not something overly satisfying or unique, but simply passable.

This is an issue, due to the fact that it dulls our taste in art, allowing us to tolerate passable work more and more, instead of saving our time and money for things that seem unique, interesting, special and amazing, we happily go and see things that look normal, predictable and sometimes, dull.

These movies are often simply full of cliches, they are copies, ripples of previous, good moments. The characters become two dimensional and we cannot relate to them as well as we should, because they are no longer believable.

The blame here can’t ultimately be put on the studios, after all, you can’t blame them for making popular, money-making content. The blame is on ourselves, the audience.

Lieberman, says that lots of studios used to make 20-30 movies a year, they’re now focussing on fewer, with bigger budgets, on movies with a long shelf life. “Over the past couple of years the big blockbusters have grown significantly in popularity and some of those are generating significant revenue for the film studio. The question will be: Can there be continued success over the next couple of years? Will consumers pay a premium to continue to watch films or other content that may be similar to what they are already seeing?”

So next time you go and see a movie, put some more thought into it, ask yourself if it really is a unique experience, something that you believe is really worth your time, or just something that just seems mildly entertaining.

Brad Bird’s solution to the problem is this. He says ‘Every studio should, like an allowance, allow themselves a certain number of franchise things, and then as an investment in the future, try these risky things that are unproven. At one time, Star Wars was a risky venture.”

There are two main ways in which the success of a movie is judged: Its takings at the Box Office; and the Academy Awards given. Interestingly, Best Picture Nominations seldom, if ever, go to the highest earning films. These tend to be given to lower profile, more artistic, interesting films. When the value of the Academy Awards starts to be perceived as equally important to the generation of income, then perhaps, high profit margins will matter less, and as long as a film turns a profit, more exciting films will start to be made by big name studios? Who knows…...stranger things have happened.

What is my main art form and specialism within this art form:
The main art form I specialise in is film, I’m looking to expand into more aspects of “film” in the form of also working in TV. I look forward to working on a variety of projects, ranging from short films, documentaries and feature films.

What have I done so far?
I’ve always been intrigued by film, even from a young age. From making stop-motion films with the first camera I ever got, to filming friends who are highly skilled in their field. It’s just something I love doing. 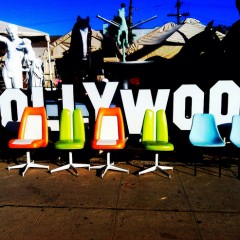 Over Saturation in Hollywood

I have written an essay about the over-saturation of sequels in Hollywood, and how this may have a detrimental effect on smaller independent movies