In midst of a sexual and gender identity revolution, we need these artists more than ever to look back on and inspire the next generation. Here are the top 10 LGBT musicians that have defined what it means to be oneself.

These lovely and quirky indie-pop twins have been one of Canada’s beloved music icons for nearly 20 years, and they show no signs of stopping.

Most celebrities often hide their sexuality from the media until many years later due to the fear of being shunned or judged, and in the past it has even led to the sudden end of many careers. What sets these women apart is their openness from the start, creating lyrics about embracing love and acceptance whilst continuing their charity work outside of music to create a better future for the queer kids of today.

Heavy metal and rock music in general can often be regarded as a masculine and aggressive genres of music, which must’ve made Judas Priest singer Rob Halford extremely isolated for almost his entire life, until he came out of the closet during an interview with MTV in 1998, at the age of 46. With an iconic voice that defined a new era of heavy metal for the 1970s and 1980s, Halford is considered a “Metal God” due to his outstanding contribution to the genre.

With artists like Kendrick Lamar, Kanye West, and Childish Gambino, the rules of hip-hop and R&B are being broken as I speak. Frank Ocean is another excellent example, with his experimental and quirky style breaking boundaries and setting new standards for the genre. When Ocean revealed his sexuality back in 2015, he subsequently gave hope to many young people who were living in fear, and established himself as an artist not afraid to be himself.

Being open about your sexuality in the 90s was far from easy. Of course, it only took guitarists Brian Molko and Steven Olsdal to wear a full face of makeup, play an angry alt-rock sound and talk about sex, drugs and rock ‘n’ roll to cause controversy and break down that sickening stigma. They are personal heroes of mine, and to this day are still celebrated as LGBT icons of rock music.

Elton John is easily considered as a National Treasure in the UK. His songs, written with his equally amazing songwriting partner Bernie Taupin, serve as a brilliant source of inspiration for many musicians across the spectrum, making him one of the world’s most beloved and best-selling artists of all time. Outside of music, he has been a prolific fighter against AIDS since the 1980s, establishing a foundation that has raised over $200 million for the campaign, and revealing his sexuality to the world in 1988, making him a very important LGBT icon in this modern age.

Born Thomas James Gabel, Laura struggled with gender dysphoria since she was a child. Of course, it didn’t stop her from becoming the front-woman of the amazing folk-punk Against Me! When she came out as transgender in 2012, she received tonnes of support from fans and fellow musicians, and is now continuing to serve as a modern punk role-model for many young people.

Rock music wouldn’t be what it is without Mr Bowie - his constantly evolving style and image became etched in many young minds during the 1970s, and continues to do so even after his passing. His open sexuality and androgynous image challenged gender stereotypes and proved how much men with makeup rock!

She may not be up to everyone’s tastes, but you cannot deny the talent this woman possesses. Releasing her debut album back in 2009 to widespread success, Lady Gaga became an instant phenomenon and shocked the world with her unusual fashion choices and artistic ambition. Her support for the LGBT community is what lands her a place on this list, with many of her fans looking up to her as a role model.

Despite passing away at the age of 27, her instantly recognisable voice recalls the days of the late 1960s - psychedelia, the summer of love, and the hippy dream, with her open sexuality forming a part of that 60s aesthetic. Janis Joplin defined an era with her voice, & continues to be a source of inspiration for many female vocalists out there.

This man needs no introduction. Owned the stage? Yes. Unique voice? Yes. One of the greatest frontmen of all time? Oh yes! After passing away from an AIDS-related infection in 1991, millions of people from across the globe mourned the loss of a rock god. Freddie Mercury was adored by his audiences, as well as his band members, and still stands as one of the most influential artists of all time - he was without a doubt one of the greatest LGBT icons on the planet.

Have I missed anyone out? Let me know in the comments below! 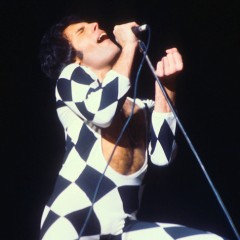 In midst of a sexual and gender identity revolution, we need these artists more than ever to look back on and inspire the next generation. Here are the top 10 LGBT musicians that have defined what it means to be oneself.