Very few poets can ever hope to reach celebrity status success within their careers; however, Rupi Kaur has managed to achieve this within the astonishing four years following the self-publication of her first anthology ‘Milk and Honey’. With 2.5 million instagram followers and a second anthology that secured top spot on the Sunday Times bestseller list, Kaur’s success has officially marked a trend in the modern poetic landscape. She is one of a growing number of young, modern poets with a distinctive minimalist free verse voice, and with many of this new generation of poets gaining prominence from marketing their work on social media, they are not going away any time soon.

However, this growing contemporary style of verse, as well as the rapidly increasing use of social media to advertise and share this art form, has gained significant criticism from those within literary institutions. With the growing number of ‘Instapoets’ being defined by the PN Review as ‘the cult of the noble amateur’, there is a clear antagonism towards this contemporary reformation of the poetic landscape. Nevertheless, this ‘cult’ of poets engaging young readers through social media is transforming the nature of poetry as we know it, and is helping to form a new literary era.

Capitalising on digital platforms has certainly allowed Kaur’s and her peers’ work to be more accessible. Nayyirah Waheed is another example of a poet who markets her work online with significant success, publishing short extracts from her poems on twitter to an audience of eighty thousand followers. Her brief, emotive lines of verse allow her followers to engage with poetry in an approachable way, thus breaking the stereotypes that poetry is an innately difficult and overly complex form of literature.

Performance is also becoming a vital aspect of the modern poetic era, and spoken word poetry shared on YouTube, such as the work of Hollie McNish, has clearly struck a chord. A number of McNish’s poems have gone viral, with one of her most renowned ‘Pink or Blue’ having gained sixty-seven thousand hits. Whether writing about concepts of gender, love or fear, these poets have connected to the quintessential human experience, and found a way to first and foremost share that rather than just sell it.

Whilst literary critics, such as those in the PN Review, may align this accessibility with ‘the open denigration of intellectual engagement’, the use of simplistic verse hasn’t signalled the degradation of the poetic consciousness yet. In fact, a 2017 Neilson Book Research study revealed sales on poetry books and anthologies are up approximately 13% in the UK. The approachable nature of modern verse through social media has naturally sparked reader curiosity into the wealth of poetry available surrounding the works of Kaur and Whaheed.

Such high-brow criticism also fails to recognise the significant talent of many of these viral poets; with McNish (despite having being singled out for criticism by the Review) winning the 2017 Ted Hughes award for new work in poetry. Whilst the work of the ‘Instapoet’ generation certainly diverts from the literary tradition, academics risk alienating themselves from the development of a new era for literature by disregarding the nature of this increasingly prominent work.

Whether you enjoy their work or not, the accessibility of the ‘Instapoets’ looks set to be the future of poetry. The art form is developing its own distinctive position in our modern consciousness and most importantly, is engaging a new generation of poetry readers through innovative means. People are once again regarding poetry as an exciting and emotionally stimulating art form, which can capture essential aspects of human emotion and break down the idea that it is solely an area for academic expertise. An exciting reform to literature is occurring, and poetry is once again gaining is rightful position as a powerful form which represents our collective experience. 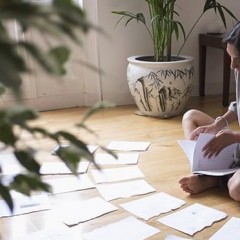 'Instapoets’: The Reformative Literary Movement Occurring on our Screens