Pantomime convention dictates that men should dress up as women for an outdated gag - but the gender imbalance in theatre is no laughing matter.

Stroll up to any amateur dramatic society or youth theatre in the UK, and you will find that girls form the healthiest proportion of most rehearsal spaces. Later, attend the evening performance at your local playhouse and you will notice that women also buy the majority of theatre tickets. So with an audience and community of predominantly female voices, why are such a small percentage of females represented in the industry itself?

As a prestigious theatrical institution, the National Theatre has a reputation for producing a traditional repertoire of dramatic work, and contrastingly a collection of innovative pieces for a modern audience. So it came as a surprise when the statistic surfaced that between 2011 and 2015, women made up just 36% of the National Theatre's casts. This low number of women in the institution was not just applicable to those on stage, with 27% of its directors, 23% of its writers and a mere 7% of its music directors also being female.

The company behind this research, Tonic Theatre, carried out these findings in response to schools and youth theatres struggling to find plays with strong roles for girls. In order to further tackle the issue, Tonic commissioned a series of new plays for young actors, 'Platform', published by Nick Hern Books. Lucy Kerbel, director of Tonic Theatre comments on the aims of 'Platform', speaking in the Guardian, "I hope we can begin to turn the tide and let young women know they are worthy of being the subject of plays, and we respect their ability enough to write them good, challenging roles."

By addressing the gender imbalance, the industry are not just hoping to reshape statistics on a professional level, but provide an equal experience for young people of all genders in youth theatre, a community that enhances ability, builds communication skills and inspires confidence.

Typically theatre carves new boundaries, often acting as a social commentary calling for change to global powers, but the world of politics is slowly cleaning up its act, with the UN reporting a slow but steady 11.5% increase in female parliamentarians since 1995. Oh, how the tables have turned.

Let's not return our stages to resemble that of an all male Ancient Greek tragedy, and instead ensure that theatre reflects our modern, balanced society. Exit, pursued by a strong female lead. 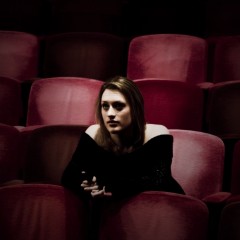 Pantomime convention dictates that men should dress up as women for an outdated gag - but the gender imbalance in theatre is no laughing matter.