Welcome to the Grand Arena Youth Theatre Blog where you can find out all about what our members get up to on a monthly basis.

The Grand Arena Youth Theatre were very excited to have welcomed new members on Monday 27th February after a brilliant first performance at the Arena Theatre on Saturday 4th February, called CHECK-IN.

Drama practitioner Alex Turner performed a piece of his own work called "Super 'Hugh' Man" to help inspire our members and give them an excellent example of character work through one man theatre. After this our members were set the challenge of devising a small story in groups where they each had to portray at least two different characters. These pieces were then performed to the rest of the group at the end for feedback.

In their second session, our members focussed on mime and were set the task of getting into groups to devise a story to act out. After they had done this they were tasked with taking out the words and refining their stories with their bodies. They were asked to add in some slow motion to benefit the scene and to also add in some mini mime where they had to use parts of their body to emphasise something bigger.

From these tasks our members learnt that mime relies solely on using body language, making everything with the body and face. They also learned that mime uses the body to create objects and environment and how continuity, perspective and interaction with objects are very important. After each task was completed our members then performed to the rest of the group for feedback so they could further develop their piece.

In our members' third session they focused on improvisation skills, where they got into groups and were asked to break off into separate parties within their scene. After this, to further develop their scenes they were asked to use the mime skills they had learnt in the previous session in the background of the scene while another member of their group performed in the foreground. After each task was completed our members then performed to the rest of the group for feedback so they could further develop their piece.

After the February performance of CHECK-IN Fran and Alex asked for feedback in session, where our members mentioned that they liked the creative freedom they had in making the show. Following this feedback, in the fourth session of the term our members were given scripts from 'Macbeth' with the character names taken away. This allowed our members to have full freedom to deliver the script however they wanted, using the character work, mime & improvisation skills they learned in previous sessions. The senior members were given a piece of fabric to work with and incorporate into their piece.

Our members were also split into larger groups than usual to develop their communication skills by listening, speaking to everyone and including everyone's ideas. Working in a larger group also made them think about how they may use their performance space differently.

After they had devised their performance they then performed to the rest of the group at the end of the session for feedback.

Before the fourth session of the term we asked our members for some feedback about their experience at the Grand Arena Youth Theatre over the past three sessions and previously.

Firstly, we asked what new skills our members had gained.

"I have learned a myriad of different dramatic techniques. I really believe since joining the Grand Arena Youth Theatre I have become a better performer" – Raeann (Senior)

Secondly, we asked what they enjoyed.

"Being able to create/write our own show" – Junior member

"I have enjoyed the games that we have played to help us improve our acting skills. I also enjoyed the show piece as it was different to anything I have done before" – Amy (Senior)

"How lovely everyone is! I feel so welcome and happy here, and I have from day 1. Being creative and devising has really been fun too" – Senior member

Third, we asked if there was anything they would like to say about the Grand Arena Youth Theatre.

"It's just AMAZING! And I couldn't have better drama teachers than Fran & Alex" – Skye (Junior)

"It's great and I recommend it to everyone" – Jack (Junior)

"It is fantastic! The atmosphere produced here by the building, staff and other youth theatre members is incredible" – Senior member

"The staff are really supportive and professional. The environment allows for creatives and is encouraging" – Daniel (Senior)

So many of our members also commented that attending had helped them to build their confidence and that they enjoyed making new friends.

We would like to take this opportunity to shout out about our members and any other performing arts activities that they take part in outside of the Grand Arena Youth Theatre and let you know about any upcoming performances they are in.

We would like to congratulate our senior member Jessica for recently performing in a week's run of 'ALL SHOOK UP' at the Grand Theatre with MUSCOM.

We wish Jessica and Holly a junior member all the best as they are about to start a run of 'Footloose' with Bilston Operatic Companies youth theatre in the first week of April.

We would like to congratulate out senior member Amy who recently performed in Her Majesty's Theatre in the West End with Stagecoach, she'll soon be performing at Alton Towers with her dance school and will be in her school's production of 'The Addams Family' too.

We would also like to wish our senior member Raeann all the best when performing in 'Blood Brothers' 2nd April.

Our senior member Daniel is a member of the Hiltons Player's and we would like to congratulate him on recently being asked to produce a feature film for his sixth form. We also wish him all the best for upcoming auditions for drama schools and organisations.

We would like to congratulate our junior member Conrad as he will be going to Italy to perform a devised play.

We would also like to congratulate our junior member Skye who will be performing in 'LET'S DANCE THE NIGHT AWAY' with Pasha Kovalev and his fantastic dancers on 9th April at the Grand Theatre.

We would also like to wish Millie our junior member all the best for her upcoming Easter play. 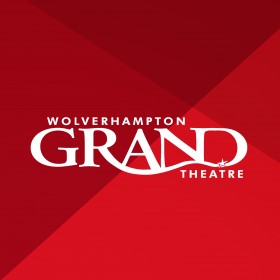 Wolverhampton Grand is a long established theatre in the heart of the Midlands. It receives a wide range of major touring productions including drama, musicals, ballet, dance, opera, variety, concerts, children's shows and one of the biggest pantomimes in the UK, with audiences from across the region and beyond taking advantage of excellent transport links to the town. Admired by performers and audiences alike for its intimate three-tiered Victorian auditorium, the Grand celebrated its 120th anniversary in December 2014.The arrival of a new Chief Executive in June 2015 signalled a significant period of change for the Theatre, commencing with the complete remodelling and renovation of the Front of House area, which took place in summer 2016, there was also a full replacement and upgrade of auditorium seating. During the next few years, the Theatre's artistic vision will expand and there will be emphasis given to re-establishing the Theatre's history of producing quality “in house" theatre for the people of Wolverhampton and beyond. 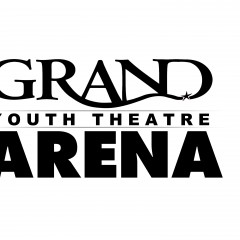 Welcome to the Grand Arena Youth Theatre Blog where you can find out all about what our members get up to on a monthly basis.