After two weeks of campaigning for Youth Parliament, it's election week. Who will you vote for?

I know what’s on your mind. No, it’s not the 'Beast from the East' (possibly the saddest title we’ve ever given to a minor blizzard) and it’s not Corbyn's new stance on the single market.

It is, of course, the Youth Parliament elections.

And… they’ve arrived! Your very own chance to have a say in the politics affecting young people today. So what are you waiting for? Head over to your local authority website and cast your online vote.

For those living in Suffolk, go to www.thesource.me.uk/election. *Flutters eyelids* and we all know who your favorite West Suffolk candidate is…

Okay, so I need to do a little more persuading, sure.

Maybe you’ve read my previous piece about my campaigns. Or maybe you’re new to the show. Youth Parliament promises the opportunity for 11-18-year-olds nationwide to participate in politics. Getting young people involved in politics… blah, blah, blah. You’ve heard it all before, but this? This is different. This is the teenage equivalent of general elections, excluding party politics. Candidates represent three key campaign topics they want to see changed.

What, I hear you ask, are my three campaign topics? Well, my little ballot-box-buddies, here they are:

You can read more about these issues here. I’m here to tell you how fantastic my two campaign weeks have been!

We kicked off at Horringer Court Primary school with a younger audience, and then onto the sixth form at my own school, County Upper. Addressing your own year group is terrifying, but a fool-proof way to introduce you to the whole of the sixth form. In fact, yesterday in town I was greeted with whoops of 'Sienna for Youth Parliament!' from adorably unassuming physics students.

West Suffolk College was a pleasure, and a variety of other Suffolk schools made campaigning a treat. I’m sorry, did someone say children of today aren’t interested in politics? No, that was just the middle-aged cynic on your bus.

If I’ve learned anything from these two campaign weeks, it’s been the fervor expressed by young people all over. From timid Year 6’s asking how I will deal with mental health, to persuading 16-year-olds that lowering the voting age is, definitely, feasible.

RIGHT NOW, tap this link: www.thesource.me.uk/election. Vote for your favorite West Suffolk girlie, and we can ensure diversity is a priority.

If you don’t live in Suffolk then Google your local website where you, too, will be able to participate in politics. 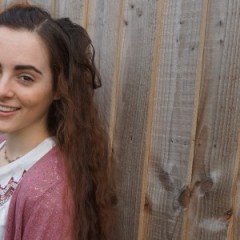 After two weeks of campaigning for Youth Parliament, it's election week. Who will you vote for? 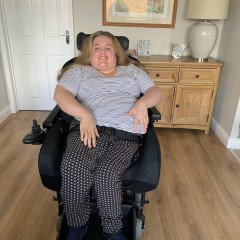 Where are they now? with Ceri Davies: Arts Award 15th birthday