It is a strange world we live in nowadays.

Rather than strive to further develop peace, prosperity and tolerance - ideals hard fought for and maintained since 1945 - there are those who now seem determined to wind back the clocks.

Much like the Saxons, who succeeded the Romans by tearing down their beautiful architecture in a return to huts, we seem faced with a comparable decline. Although imperfect, there were many positives to appreciate, and foundations upon which we could continue to grow. Instead, it's crumbling around us, and people are content to use the rubble to build shacks.

As journalists and column writers, should we not have a responsibility to call out this decimation of liberal attitudes? I believe so, and many have, writing numerous articles about all the errors of supporting those who represent the death of equality and peace. On the whole (but not always) I'd argue we did so in a way that presented facts, or as you may now know them, fake news. There was ribbing, shock and disbelief that people were eating up facile and vacuous platitudes presented by men of zero credibility, and an attempt to explain away such peculiarities, but nothing that particularly went out of the way to be egregious.

For our efforts at 'rising above it', being the pillar stones of morality and impartiality, we are left with President Trump, an unchained Nigel Farage, and an ever increasing victimisation of minorities both explicitly, and tacitly through society's apathy.

A failure to understand the concerns of white, working class people is one explanation to give. But it cannot be exclusively to blame, because even when you feel ignored by the political elite, joining sides with racists and supremacists is not a rational response. Jingoism and nationalism aren't sentiments that spring up overnight. They bubble under the surface, festering away and only come out when it's been shown that vocalising such opinions are no longer taboo.

I argue that in addition to failing to recognise the discontent of the working class, the left and the press failed to adequately challenge the rising levels of prejudice growing in some areas. Our desire to keep our hands clean, not offend anyone and appease alternate points of view has led to the rise of opinions that have no place in public discourse. We shall have "peace in our time" by saying nothing... Sound familiar?

Fighting in the name of peace

A few weeks back, I was struck with a moral dilemma over whether or not to celebrate the punching of white-supremacist Richard Spencer, who has presented some truly repugnant and deplorable views in the past.

One one hand, we have a man expressing his views in a non-violent way, and the liberal in me believes that is a platform that should be respected. Yet, at the same time, we have a man who has refused to condemn Hitler, did Nazi salutes during a rally, and speaks of 'peaceful ethnic cleansing'. How you can 'peacefully' ethnically cleanse, while at the same time stating that "to be white is to be a creator, an explorer, a conqueror" and the choice facing white people is to "conquer or die." Can we afford to allow such ideas be permeated through society?

A friend once made the comparison between the internet and a pub. If you were mouthing off in a pub, you'd get a smack. Right or wrong, that is what happened, and you'd think twice before attempting to deliberately provoke again. Now, there seems to be no consequences for trolling behaviour, let alone outright abusive rhetoric.

Emboldened with comebacks like 'childlike', 'libtards' and 'snowflakes', alt-right fascists, racists and generally deplorable people can now stand on their soapbox with the satisfaction of knowing that they will go largely unchallenged, or worse, find agreement.

I hate the term snowflake with a passion. It's pathetic, and is suggestive of an individual that lacks the cognition required to present a valid counterargument. "What's wrong snowflake? You don't like that I'm spouting obviously ignorant racist opinion? Such a child!" Yep, great job Hitchens.

Likewise though, I hate those who have made such an insult possible. Those so fragile and unable to accept a challenge to their reality that they need to run crying to their Tumblr blogs, or a dedicated room where their feelings cannot be questioned. The world isn't nice, and it's increasingly evident that it's not getting nicer. Toughen up, pull up your boots and present an argument. Call people out on their ignorance and tell them why they are wrong. Appeasement has resulted in our minority communities fearing for their lives, and you're sitting there fearing for your feelings.

Most recently Janusz Korwin-Mikke, a Member of European Parliament, said that women were "smaller, weaker and less intelligent". This behaviour is out of touch and untenable in today's society, let alone in a chamber of Parliament, created after a prolonged and bloody war that fought for the freedom we appear happy to see eroded today.

It defies belief that we can have the largest newspaper in circulation call our judiciary, the envy of the world for its political independence, 'enemies of the people', but the more 'enlightened' fear ruffling feathers lest we upset investors, funders or advertisers. That is a damning indictment of our morality. We should instead be calling out the unholy trinity for gagging our ability to criticising such indecency. If we are able to report on the bigoted, divisive and outright disgusting comments made by individuals, we should be able to retort and respond in the language these people understand. We fear hurting the feelings of people who go out of their way to categorise minorities as subhuman, and allow money to further dictate our response.

Something needs to change

But where does that leave us? In a world where removing the headphone jack on a phone is considered courageous, are we resigned to simply watching as over 70 years of progress be torn down? Paralysed by the fear of offending, and simultaneously crippled as our beliefs are offended?

Civility is getting us nowhere, and we stand on the precipice of a complete societal collapse. It is no longer enough to turn the other cheek, or agree to disagree. The rules have changed, and what once may be considered 'gratuitous' is now a necessity. Liberals have tried to keep themselves clean but the slurry tide is rising and soon it won't be an option to simply stay in the ivory tower and survey the brutality with a sense of self-righteousness.

We must take the fight to them. Challenge bigotry where you see it. Call people out on behaviour that has no place in society. Antiquated and prejudiced opinions have been normalised through a failure to condemn. It's unlikely it will ever be eradicated from the minds of the some, but it cannot be allowed to remain mainstream.

Liberals, sort it out. 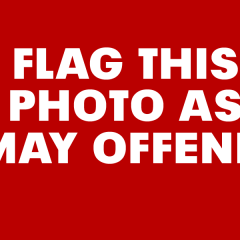