Voice MagBlogsWhy are we strugglin…

Feminism: The advocacy of women's rights on the ground of the equality of the sexes

When many people hear the word feminism, they run for cover due to the misunderstood concept that this movement has adopted. The dictionary definition of feminism is “the advocacy of women's rights on the ground of the equality of the sexes.” I like to believe that this is what all feminists are striving towards.

However, it has become clear in the last few years that the meaning of the word feminism and that of equality are no longer considered the same thing. By definition, both of these movements should have a shared goal. Yet it seems that feminism, through its expansion and journey through the generations, has split into two threads. Those who believe that all should be equal, and those who believe women should become the dominant sex. Now I realise that everyone has various levels of opinion when it comes to this subject matter but it’s clear from the language being used by many that feminism is no longer a simple and united goal.

If we are to discuss a potential universal feminist ideal, then we require women from every corner of the world to be involved in the discussion. But can we really achieve something when we don’t have a cohesive definition of the goals? And should cultural norms be taken into consideration? The interpretation of what feminism should be will likely be different for a Western female than one from the East. How do you reconcile such cultural dichotomies under one universal movement?

With so many different interpretations of the feminist ideal, perhaps it isn’t possible to achieve feminism at all. If I am fighting for one thing and someone else another, yet we call it by the same name, it’s not surprising that others cannot get on board with the movement.

The trickiest thing now is that people no longer want to have a conversation about feminism. Those who have extreme views, and wish not to start a conversation but an argument, have dissuaded others from taking part.

This is a travesty.

How can we begin to agree what equality worldwide means if only some of the people are speaking out? I myself often feel pressure to avoid such debates simply because I don’t want to be shot down for my personal opinion. The adversity towards self-proclaimed feminists has become so awful, I no longer refer to myself as such. I choose to be known as an equalist because my overall goal is clearer.

We need to stop seeing our world’s population as Men vs Women, Black vs White, Young vs Old, Gay vs Straight, Muslim vs Catholic etc. The labels that we have created are holding us back from achieving true equality.

The feminist movement should be working alongside all the other movements currently taking place. If we continue to be boxed in by the labels we have given ourselves we will never make progress. The ultimate goal is equality. The only way we can achieve this is by throwing aside the need to categorise and instead, see each other as the same. Only then will our goal be met. We need to unite all of our social movements into one universal campaign that calls for equality and opportunity for all, irrespective of individual traits.

Maybe feminism has served its time. When the term has become so fractured and toxic as to turn off a large number of potential beneficiaries from even participating, maybe it’s best it be laid to rest – praised for all it achieved, but ultimately became too unwieldy to progress further.

Perhaps, in a world where inequality, prejudice and mistrust is so rampant, we need to come together and bring the various social movements under one umbrella term of ‘equality’. If we used our combined focus and humanity, it is far more likely we will see a positive change to society. 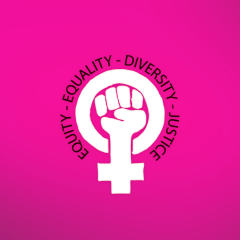 Why are we struggling to achieve the Feminist goal?

Feminism: The advocacy of women's rights on the ground of the equality of the sexes