YouTube has been completely central to internet culture for years; but the platform has taken several monumental turns in recent months which could very well lead to its ultimate decline.

In our era, where the umbrella term ‘digital culture’ is at its most relevant, it seems incomprehensible that one of the original internet overlords could be falling to degeneracy. Whilst the site, in terms of its logistics and algorithms, is certainly experiencing some turbulence, what’s equally important is the impact it has on creators - the very lifeblood of the platform.

The first illusion to dispel is that YouTube, as a company, isn’t necessarily profitable; whilst its net worth soars above platforms like Instagram and Twitter (according to socialmediatoday.com), Google have actually confirmed in past years that YouTube has yet to break even in terms of profit. What the site is rich in is clicks; around 1 billion hours of videos are watched every day. Another hugely common misunderstanding is that all creators (or YouTubers as they are more commonly known) make huge amounts of money – especially now.

While it’s true that creators do get paid per view, even for some who might be considered ‘successful’ creators (think 100k-500k subscribers), it’s barely enough to be sustainable. A more reliable source of income is AdSense. This is a cut of the advertising revenue a video which goes to its creator, independent of revenue from YouTube’s internal system.

So, you can imagine the outcry when YouTube went on a sort of cutting-rampage. This was dubbed the ‘Adpocalypse’ – the removal of advertising rights from videos considered inappropriate. The problem stemmed from the fact that videos containing such horrifying graphic content as mild swearing, light-hearted political discussion, or mental health conversation were caught up in the mix. If that didn’t seem bad enough, they proceeded to also demonetise such videos, meaning that even the views won’t be worth anything. Whilst these implementations are somewhat old news, creators today are very much still paying the price.

The people hit hardest by these swings are the small creators. Without advertising on their videos, they will not get as strongly favoured by the algorithm, so will fail to generate views and grow their channel, ad infinitum. More and more start-up creators are giving up on their channels; YouTube is no longer the warm, inclusive, opportunity-laden place it used to be. The same huge creators continually dominate the platform in what now feels like a business venture rather than a community, and authenticity is lost as channels do whatever they can to position themselves safely within the algorithms.

And what has triumphed during the fight to the top? Tactic. Artificiality. Cold method. Clickbait, and drama, and fake personalities. These are the things which have kept people afloat; a stricter platform favours the calculators. The difference is visible; I’m from what you might call the YouTube generation – I was a witness of the time when creators were only just starting to grow, and hadn’t yet turned themselves from people into brands. It saddens me to see kids now, in the same position as I was, but with infinitely different role models. Videos are designed to swim with ease through the algorithm; to succeed, rather than entertain. Everything is the ‘hard sell’- songs, and books, and merchandise, and tours. Nothing is for the enjoyment anymore.

So what’s going to happen? Hopefully, the platform can establish a more fair method of controlling monetisation and advertising, and hopefully this will de-skew the algorithms. On the creator side - if they’re not being treated fairly, they will simply move. To TV, to other social media, to Netflix. Time’s running out for YouTube, and I (amongst countless others from the original Zoella generation) hope it can keep itself afloat. 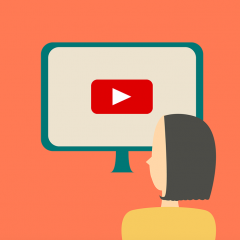 YouTube has been completely central to internet culture for years; but the platform has taken several monumental turns in recent months which could very well lead to its ultimate decline.