I have chosen to look at the arts issue of 'are female characters represented as powerless in film?' I have chosen this Arts Issue as I feel strongly towards the representation of women and cannot abide by patriarchal ideals. The patriarchy is a system of society or government in which men hold the power and women are largely excluded from it. Patriarchal ideals have been around since the end of the Ice Age and thousands of years later, many are still living by these sexist 'rules.'

The media contributes a huge amount to the social spectrum and film is socially constructed to fit ideals, intentions of the director and storyline. Even now with the likes of Katniss Everdeen and Elsa from Frozen, Women are still being unnecessarily oppressed and undermined by the male dominant industry. For example, Scout Finch was the object of her father's moral instruction in the movie version of "To Kill a Mockingbird" and Bella Swan in 'Twilight: Breaking Dawn Part 1,' saying it's okay to have a baby, even if it kills you and that bruises caused by your partner are acceptable. And while there are, of course, men who can make excellent movies with female leads, things won't really change until there are more women in the producing, writing and directing areas. Film making is a creative endeavour, people tell stories from their own point of view. And if most of the people telling those stories are men, (which they are because in 2014, 85% of films had no female directors, 80% had no female writers, 33% had no female producers, 78% had no female editors and 92% had no female cinematographers, according to the Center for the Study of Women in Television and Film at San Diego State University.) then inevitably, most of those stories are going to be about men and the male perspective. To me, the 'powerless' nature of women in film is a consequence of the heavily imbalanced industry.

In a survey I created, consisting of 51 females and 21 males, 43.06% agreed and 30.56% strongly agreed with the statement 'Women should stop being objectified in movies/TV shows.' Finding these results matched what I thought would come from the questionnaire. Having only 6/72 disagree with my opinion was encouraging and enlightening and unsurprisingly, 4 of those 6 were male. Having mutual understandings and opinions emphasises the point I'm trying to make in the sense that the representation of women in movies should be changed. From 2007-2012, in the top 500 films, 28.8% of women wore revealing clothes compared to only 7% of men. What a shocker… not. I mean lets be real, this wasn't a surprise at all, it seems that almost every film I watch, there's some sort of undermining reference towards women, sexualised or not. By sexualising women in movies it leaves the characters and generalisation of females to be 'powerless.' To me, being sexualised is a contribution to weakness and makes women look passive and submissive. Therefore further emphasising the powerless spectrum women are put under in movies.

In 2015, according to an article from the Geena Davis Institute of Gender in the Media, 17% of top grossing films had a female lead and male characters spoke two times as often as female characters. These statistics further emulate the lack of female representation in film and my theory is that if there is a lack, then clearly the only time they are seen and heard is if they're presented to us under patriarchal ideals e.g the house wife or the sex object. Most female characters would therefore be seen as powerless due to the lack of input and accurate representations.

Being a keen feminist I am a strong believer in equality. However, I also believe in leaving art as it is and expressing stories/narrative the way it was made originally. So, if a specific narrative is about a sexualised/oppressed woman then so be it, just as long as it isn't promoting the mistreatment then it shouldn't be frowned upon. However, unnecessarily oppressing a woman or making her powerless compared to the men within a film is morally wrong and sexist. For example, in 'Once Upon A Time In America' (Directed by Sergio Leone) a woman is slapped and shot by gangsters while a man is brutally beaten, yet kept alive for an unnecessary reason. And of course, some people who aren't caught up with the rights and opinions of women would see it as another thing for us females to moan about because 'it's all we ever do' (according to Donald Trump.) Well, down with the patriarchy, why should we feel oppressed and powerless when we have as much willpower, drive and intelligence as any given man. One of these people completed my survey. When answering the question 'Do you believe that female characters are represented as powerless in TV shows/Movies?' one participant answered with 'no, it's stupid, f****** femenists.' And due to the lack in using the correct English language and expressing high naivety. It is very clear that this person is uneducated on the idea that feminists are looking for equality and they're immaturity shines through with their terrible misspelling and vulgar choice of wording. This person at first angered me, but then I realized not all people were born with brain cells that tell them that sexism is wrong and offensive and I gathered that they clearly do not care about the opposite sex, so good luck to them, they won't last long in a world full of strong, feminists (who also happen to be female and male.) Furthermore, if the industry is full of sexist pigs, such as the one in my survey, then women will of course be seen as 'powerless' on screen, so maybe it's also the lack of female input when directing, writing and producing movies, as I mentioned earlier.

Maybe the lack of positive female representation isn't intentional and it's the 'everyman' (clearly a man) that we identify with. Much like the Male Gaze theory by Laura Mulvey, with the idea we're looking at everything from the male perspective from all media aspects. Because the male population take up 85% of directing roles and 80% of writers in the industry, it would be highly unlikely that the 'gaze' in movies would be equal, or at least mutually understanding. On the other hand, males aren't always seen in the best light either on screen. 23% of male characters have anti-social goals such as criminal behaviour and physical altercations compared to 11% women. As a feminist, looking at equality is important, we can't stop sexualising and objectifying women making them powerless without looking at the negative light men are sometimes put under. So therefore the main issue is the misrepresentation of both female and male characters. At this point in my research, I have realized that maybe it isn't just about women being seen as powerless, but the heavy extent of inequality and how both males and females need to stop being misrepresented in the media.

Dr. Martha Lauzen, Executive Director for the Center of the Study of Women in Television and Film at San Diego State University expressed "There is a growing disconnect or gap between what we might perceive as being the current status of women in film and their actual status." The gap I believe is the consequence of having a lack of women in writing/directory roles. And I do agree with this statement as many of the feminist views nowadays are expressed and heard (even if they are shouted down.) If a certain movie causes an uproar then people will realize the effects the media could have on this generation and not let it influence their lives in a negative light. I believe if women and men weren't presented inaccurately in films then the stereotypes created would be influencing positive behavior rather than negative.

In an interview with Sarah Gavron, the director of 'Suffragette,' she expressed that 'we have to shift the balance, not just in terms of having more women behind camera, but also diversity in general. We need to reflect the culture that we live in and realize the brilliance of stories all around us.' And I could not agree more. It isn't necessarily each individual woman on screen that can influence stereotypes and people to look up to, but women as a whole and men's attitudes towards them on screen too. If we change the way men react and behave around women on screen then the stereotypes and social expectations will not be seen negatively. Furthermore, changing the way men perceive women on screen could also prevent men being stereotyped and negatively expressed, making the equality line start to even out without either sex being misrepresented.

To conclude, from my research and looking from other's perspectives, I believe that women are, more often than not, represented as powerless in movies. Whether it is part of the narrative (which can be justified) or not. In order to change the perceptions of women starting on screen is the best place as females have comprised a larger share of moviegoers compared to men consistently since 2009. This means that more women are seeing the powerless and objectified stereotypes and are therefore at risk of believing we should act and be treated the way women are on screen, like the quote from the Geena Davis Institute of Gender In The Media, 'if she can see it, she can be it.' In addition, changing not only the women's characteristics but the way men treat them, the environments they're put into and their given circumstances would assist a shift in perception and make the gap between men and women smaller on the equality spectrum. And finally, if we start with altering the representation of women then recognizing other misrepresentations can be made easier and can be targeted to make the media less of a 'big bad ogre.' 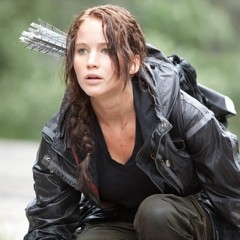