It’s not much of a secret that I personally think the Brexit vote was a demonstration of national self-sabotage, triggered by a political gamble David Cameron failed to follow through on.

The Remain campaign failed to articulate what it is the EU does for us, or perhaps more importantly, discuss where its pitfalls are and what we can do to change them. Rather than espout the positives, the Remain team ran a negative campaign that was easily exploited by the Leave camp, whom within their ranks existed a small group who saw the chance for a power grab and would have done anything to see it happen - like writing lies on the side of a bus, for example.

Now, before you flock to the comments section in a rage, allow me to qualify my point. The EU isn’t perfect. I detailed its flaws, and the hypothetical benefits of leaving. I also completely acknowledge that there is justified discontent about housing and job shortages, or the state of our NHS. That anger is totally justified, and sorely misdirected.

David Cameron completely misjudged the national mood in calling this referendum, and the EU suddenly became the ‘big bad’ for whom we could rally against for the plights of our country. In the process, it completely alleviated those who are actually responsible.

The shortage of houses? A failure on the Government’s part to get their housing policy off the ground. The lack of jobs? The systematic cutting away of the public sector meant that the onus was on the private sector to create more. There is no incentive to do so - indeed up to 30% of all UK jobs could be lost to automation in the next decade. And anybody who tries to convince me that Hunt is doing anything but actively destroy the NHS will be laughed out of the room. More so, rather than get £350m a week in extra funding, the NHS has instead lost 10,000 EU health workers who were helping to prop up the already debilitatingly understaffed service.

Not that this is news to anyone. So instead, where are we in our reclamation of sovereignty?

Since the country voted to leave on 23 June 2016, we have seen the resignation of one Prime Minister and his replacement call and subsequently botch what should have been an easily election in the pursuit of ‘strength and stability’ in negotiations.

In the immediate aftermath of the referendum we saw the value of our currency slump, resulting in an rise in inflation and the cost of food increasing 4.1%. Indeed, we are now faced with the longest period of continuous fall in disposable income in over 60 years. It was reported in November that our economy will be £42bn smaller by 2022 than we predicted in March. Think about that, in just eight months the country is now expected to be £42bn worse off. I’m sure it’s merely a coincidence that March was when we triggered Article 50…

That figure isn’t inclusive of the reported £50bn so-called ‘divorce bill’ that the UK has potentially agreed to pay the EU so we can move on to discussions of trade. However, this is only a speculative figure, and neither side has come out to announce a final total. It could be that we end up paying closer to £60bn, although the Government is going to want to negotiate that down, not least because the party is currently tearing itself apart over paying anything.

And where, during these trying times, are the ardent pro-Brexiteers?

BoJo continues to demonstrate almost admirable stickability. Much like that blockage that won’t go round the U-bend, he remains in his cabinet role despite continuously screwing up international relations. David Davis reigns over a department that definitely honestly made 58 Brexit impact reports, except they hadn’t, and will soon be guilty of Parliamentary contempt. That is of course if he hasn’t resigned by then in protest of his colleague getting sacked for allegedly watching porn. Or resigning because of the underhand, strongarm tactics used by Boris Johnson and Gove. Or resigning because he doesn’t know what’s going on. Or resigning because he has planned to retire in 2019 anyway.

Meanwhile, Nigel Farage continues to flitter around on the fringes of relevance. When not defending the tweetings of a racist he’s taking snipes at the Government for daring to make concessions - all while he gets ready to take his £73,000-a-year EU pension. After all, why should his family suffer?

A year-and-a-half on from the referendum, and the trade deal which was going to be the ‘easiest in human history’ has yet to be finalised… or started. Issues like protecting the rights of citizens, the length of any transition periods and the intricacies of what EU institutions we will to be answerable to continue to hamper proceedings.

Then there is the Ireland problem.

The Republic of Ireland has veto rights over any deal if it feels sufficient provisions haven’t been made in avoiding the reintroduction of a hard border with Northern Ireland. Ireland is pushing for “regulatory alignment”, essentially meaning Northern Ireland remains part of the single market and customs union. While it was reported the Government were originally ready to capitulate to these requests, this plan has been scuppered by Arlene Foster of the DUP coming out and saying any alignment will be unacceptable, and Northern Ireland must leave the EU on the same terms as the rest of the UK. May’s political backfire in the election means she is now wholly reliant on the DUP to prop up her Government - support garnered with £1bn from a magic tree she nipped out and purchased. Let’s hope she kept the receipt for it.

I think Talking Heads summarised this farce best. We truly are on the road to nowhere. The sat nav has packed up, the children Boris and Gove are shouting and screaming in the back and our designated driver seems to be asleep at the wheel. We seem to be running on fumes and the last petrol station is coming up on our right - we should stop before we get completely stranded. 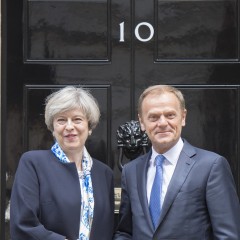 The road to Brexit: A dead end? 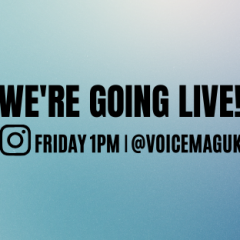