This is just an overview of my first six months taking an SSRI to treat Generalised Anxiety Disorder, conveying an individual experience of taking anxiety medication.

Mental health is not easy to discuss, which is why I felt it necessary to write this post. Discussing treatment of mental health conditions is, therefore, also not easy to discuss, which made writing this even more important to me. I know that everyone has a different experience on medications used to treat mental health conditions, so this likely won't reflect everyone's experience taking such medication, I'd like to share how I've found it and the effects it has had on me so far, especially as it hasn't been as awful as I'd feared it could be!

Just a bit of background info- I'm not sure how long I've suffered with anxiety-like symptoms but it's been a pretty long time (hence me not remembering). I was diagnosed with Generalised Anxiety Disorder by the university GP in October 2016 but I didn't start taking medication until a couple of months later, having made an appointment with my GP back home to discuss these symptoms (as I wasn't given much support from the university doctor) and was given a prescription.

I take an SSRI called Sertraline (50mg), it's commonly used to treat depression but can also be used to treat anxiety disorders too.. I have to say, so far my experience has been a pretty positive one. I'm not sure if I'll be saying this some time for now, especially when I'm off the medication, but at the moment I can say it's honestly helped me a lot!

I experienced a few unpleasant side effects in the first few days of taking it, including nausea, bad fatigue, and feeling very spaced out, almost as if I had been zombified. Though they made it pretty difficult to function, they cleared up within the space of a week, which is good. I have to say, though, side effects can vary greatly for different people and I think I might have gotten lucky with having them clear up so quickly. SSRIs have a cumulative effect, so the medicine doesn't work straight away. I started noticing an effect about 2-3 weeks into taking the medication, though I was told by my GP that it can take up to 6 weeks to work.

Having been on it for six months I'm surprised and pleased at the difference it has made in terms of improving my symptoms and, as a result, my life as a whole. I've coped much better with university work, in fact while I normally would have been shaking with nerves for my exam I was unbelievably calm- I don't think I'd ever felt that calm in an exam situation before! When not overwhelmed by anxiety I was able to deal with the exam in a more rational manner, instead of seeing it as the end of the world. My driving has also improved vastly- I'm a much more confident driver and I've found I really enjoy it.

I know that taking medication can be frowned upon for whatever reason, but so far it's been pretty helpful for me and has generally made my life so much more easy and pleasant. I guess I wanted to convey a good experience with taking medication to treat anxiety. Perhaps it would have been better for me to write this post having taken it for a longer period of time in case I'm not so positive about it in a few more months time, though I'll try and do a follow up post either when I come off this medication or if anything changes. All I have to say is that, so far, I'm not a drugged up zombie who's just a little slow and out of it, I'm better than I've ever been.

I'd also like to add that a fair bit of time has elapsed since I wrote this (but I'm hoping to do a follow up fairly soon, university work permitting, as it's close to a year.) Everything I've outlined in this post is still consistent with my experiences beyond this, however, so I'm not sure how much more there will be to report!

If you have any questions about my experiences or generally want to chat feel free to comment or message me at @amandamd25 (Twitter) or @amandamaria_9 (Instagram). 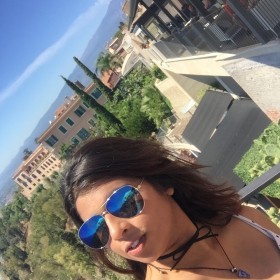 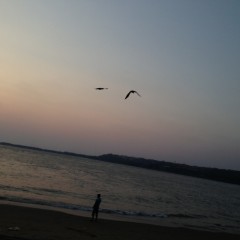 My First Six Months on Medication

This is just an overview of my first six months taking an SSRI to treat Generalised Anxiety Disorder, conveying an individual experience of taking anxiety medication. 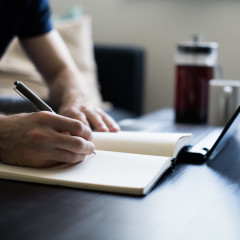