Voice MagBlogsThe Impact of Food A…

I had a look into the impact of food advertising on childhood obesity.

There is a serious spreading issue with the advertisement of food impacting child obesity. Now over 20% of children under the age of 12 in the UK, will grow to become obese as adults. This will eventually lead to many health implications in the future such as diabetes, cardiovascular disease and some forms of cancer. Nowadays, many children use different forms of social media to communicate, they spend more time on their mobile phones and in front of a television or computer screen, than living an active and healthy lifestyle. Food advertising companies take to social media and television, where a large proportion of young, vulnerable customers are found to promote their products. The children can be influenced by a single advertisement, and this will lead to them persuading their parents to purchase the unhealthy items. I have chosen this issue, as I believe that we need to make a change to our society and help those who are not aware that child obesity can root from food advertising.

The Children's Food Campaign is an organisation who are against the topic of food advertising to children; they are in favour of the concept of a 9pm watershed to stop this problem. This protects the children, as it will reduce the amount of time watching junk food advertisements whereas current regulations are not too strict. It was found in a survey by Which? in 2007 that 18 out of 20 popular children's television programmes, with viewers under the age of 16, were not protected by the watershed. It will also help improve their health, and save the nation up to one billion pounds a year. Surveys have also been carried out and show that there was a large majority of parents in favour of placing a pre-9pm watershed. Another person who is strongly against this topic is Prof Neena Modi, president of the Royal College of Paediatrics and Child Health. She stated, "Surely it is time for government to strengthen rules around all advertising, and in particular ban the advertising of foods high in salt, sugar and fat on television before the 21:00 watershed". By taking action, it would certainly help to fight against the damaging effects of unhealthy food and sugary drinks. Altohugh a watershed has already been placed on television in the UK, there are still areas where vulnerable adolescents are not protected such as on YouTube where famous vloggers promote food and drink, on Billboards and the radio.

On the other hand, from the survey carried out by the company Which? 7% of parents were not bothered by a 9pm watershed. This may be because they believe that as a parent they are responsible for what they purchase, and if you control the hours your child watches television then this shouldn't be a problem. They would argue that parents are helping their child adopt unhealthy eating habits, by allowing them to spend excessive time watching television and viewing more adverts, and parents are not spending enough time preparing healthy, fresh meals. If food advertising for children is stopped it will not totally abolish childhood obesity, it will simply lower the high numbers. Instead, parents should play a more active role and encourage their children to take part in physical activity instead of being on social media and watching too many unhealthy food adverts. They would also say that it is not bad to eat junk food, but it should be consumed in appropriate portions and not too often.

Before researching further into this issue, I did not think that food advertising had an impact on child obesity, but deeper down the line I found many disadvantages of the problem and I am now against the idea. I think it is vital to have a pre-9pm watershed for food adverts on children's television programmes; as although it will not fully end child obesity, I believe that it will make a difference to the health of our society. In my view, parents should also carry out the role in encouraging their children to get more active and cut down on the time their children spend on social media. If action is taken, I have confidence that we can eventually end childhood obesity. 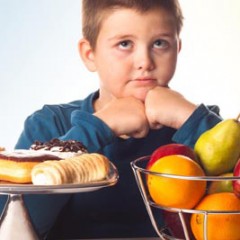 The Impact of Food Advertising on Childhood Obesity

I had a look into the impact of food advertising on childhood obesity.