Sherlock's recent Savile parallel is a brave act of reparation on behalf of the BBC, but how controversial are the broadcaster willing to go?

The beginning of the New Year saw the world's favourite cheekbone-defying detective back on our screens solving crimes and overcoming foes, some more familiar than others…

Throughout the episode, uncomfortable parallels can be drawn to the hideous career of Jimmy Savile.

Exhibit A: Smith's command of a room is palpable. Parading confidence and exuding charm, he is untouchable. This can be seen as he manipulates characters around him, blind to his malevolence.

Exhibit B: As Holmes is given a tour around Smith's children's hospital wing, he coolly jangles his set of personal keys, showing off his unbeatable access; the ultimate display of ego.

Exhibit C: Smith's sinister undertones and haunting comments alluding to his crimes are passed off as mere eccentricity, as he argues "I believe I'm a credit!"

Head writer Steven Moffat is not tiptoeing on the line of political correctness, but striding over it and setting up camp. Smith's access, his victims, the corruption of power – it is all brutally orchestrated with bone-tingling detail. Moffat is successful in creating a mirror, painting Savile as the villain he was exposed to be.

The BBC have faced a torrent of criticism since reports of Savile's abuse were uncovered in 2014, and while public apologies may have some impact, it was about time the BBC addressed this stigma in the way they do best; storytelling.

The episode offered a fresh, sickening presentation of the concealed abuse, and acts as a significant moment of reparation for the BBC.

Facing competition from online streaming services, this episode places the broadcaster firmly back on track for gaining much needed credibility.

Whilst Sherlock has always been widely acclaimed, last year's Poldark faced criticism . A later episode in the productions last series saw the titular character supposedly raping his love interest. When judgement was sparked that this was inappropriate and unhealthy behavior, Aiden Turner (Ross Poldark) responded that it was a result of "unfinished business emotionally".

In a world consumed by alternative news and normalised prejudice, Sherlock has proven the need for braver, more defiant content. For other broadcasters looking to redeem themselves, the game is afoot. 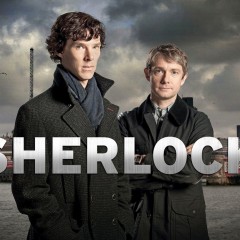 Sherlock's recent Savile parallel is a brave act of reparation on behalf of the BBC, but how controversial are the broadcaster willing to go?