Why is mental illness sometimes linked with artistic creativity? Can mental imbalance be a positive force?

So was their mental pain essential for their creativity? Or is it rather the case that creative thinking shares certain characteristics with some forms of mental illness?

Great artists usually have the ability to live on the edge, think 'outside the box', imagine the unknown or unfamiliar. These abilities can lead to truly original thinking - but they are also tendencies experienced by people suffering from psychosis or schizophrenia, where they may generate terror or depression. 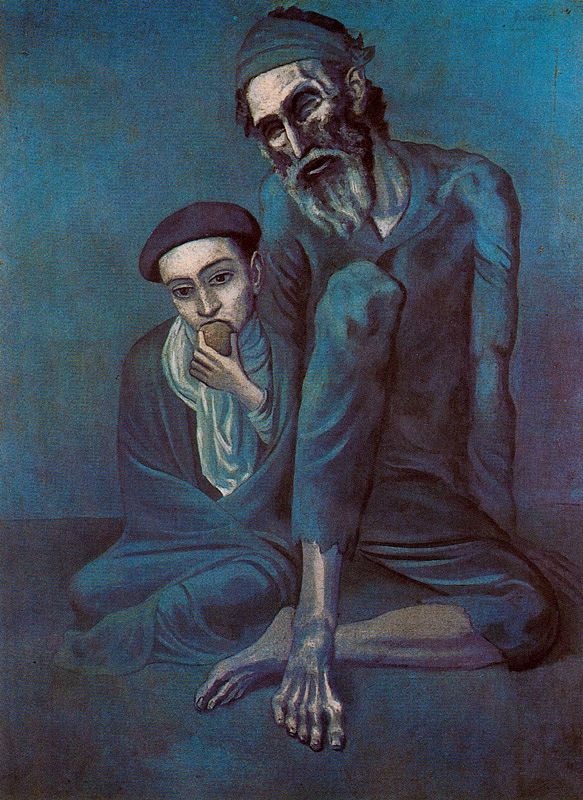 There's also the world around. As Kurt Cobain said 'They laugh at me because I'm different; I laugh at them because they're the same'. Many artists position themselves on the fringes of society – they sit left field, alternative, counter-culture. For some, this also means low income, struggling to survive by making art, feeling at odds with the mainstream. Being the outsider can generate anxiety and depression.

Picasso's famous Blue Period works were painted when he was a penniless young man in Paris, enjoying little success. His subjects were often also outsiders - beggars, prostitutes, prisoners - and his colours monochrome. He was depressed for some years, until he began to work on his Cubist paintings and found the playfulness which runs through his later work. His circumstances greatly influenced his mental wellbeing but he used his painting to find a way through.

And surely this is the most important message – that creativity heals, restores and opens new doors. Whatever the cause of their mental illness, there is no doubt that many artists have used their art to find a way through, to regain their balance.

Here's a few more who used their creativity to tackle mental pain...

Why be happy when you could be normal?
In this autobiographical novel, Jeanette Winterstone chooses the happiness of being a lesbian teenager rather than conformity – but still has to deal with periods of deep depression which originate in her adoption and adopted family. Writing is one of the tools she uses to tackle this.

Back to Black
The great Amy Winehouse found solace from a chaotic period in her personal life by writing music and sharing her vulnerability through her poetic lyrics. This mighty and much-loved album was the extraordinary creative result and shot her to fame in 2006. It's incredibly sad that the pressures of that fame overcame her five years later.

Emma Thomson, actress, writer and comedian
Suffered from clinical depression just as her career was taking off: 'The only thing I could do was write. I used to crawl from the bedroom to the computer and just sit and write, and then I was alright, because I was not present. I escaped the voices in my head - the constant 'must do better', 'must try harder'. That punitive conscience is part of my psychiatric problem.'

'Come inside my head and look at me' Thom Yorke, Radiohead
Like Amy, Thom suffered from the impact of success, with a breakdown and periods of catatonic confusion after Radiohead's breakthrough album OK Computer. 'I moved down to Cornwall, went out to the cliffs and drew in a sketchbook, day in, day out. I played the piano, because that was all we had in the house. I did that for a few months and started to tune back into why I'd started doing this. The first thing I wrote was Everything in it's Right Place'.

Finally let's remember that artists are people and that mental turmoil is part of the human condition. Many great artists – from Shakespeare to Jane Austen to Banksy – show no sign of mental illness. So it does not seem that mental imbalance is necessary for creativity, although in some cases it's a trigger for making art and connects with the creative process.

But artists are lucky. They have their art to help them work through and re-balance. We should all do the same - that's how creativity can save us. 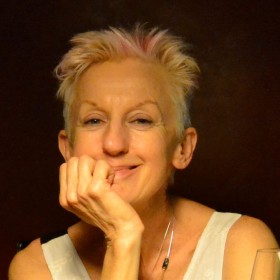 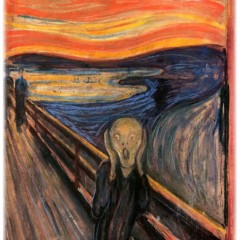 Why is mental illness sometimes linked with artistic creativity? Can mental imbalance be a positive force?