Voice MagBlogsWhat is our obsessio…

The fetishising of the unrealistic and unobtainable. The traditional understanding of pornography is a morally grey zone; socially taboo and something viewed in private. Definitely not something you would discuss in civilised company.

Despite knowing what we are viewing is make-believe, a mere fabrication for the delectation and stimulation of the viewer, people still end up being suckered in. Expecting their experiences to replicate that which they've seen on screen.

Big Benefits Handout, Benefits Street, On Benefits, Benefits Britain: Life on the Dole. These are but a few of the programmes that have come out in recent years regarding those who are reliant on the benefits system. It's obsessive. More to the point, it's obscene.

Coming in from work you settle down on the sofa, exhausted, and eat a meal you can just about afford. Switching on the TV you are enraged to find yet another programme detailing the allegedly salubrious lifestyle enjoyed by the unemployed, afforded by your hard earned tax money.

It's pornography in the rawest sense. It creates a glamorised idea of welfare, leading us to believe that everyone gets as much enjoyment from it as much as those on screen. Those who espouse the exploitative and unrealistic presentation of sex miss the irony and hypocrisy of supporting such programming. It is treated as fact, legitimised by its occupation of primetime scheduling slots.

But just like other programmes (Sherlock or Luther and the like), we need to disassociate what we see on screen from reality. It's hyperbole visualised. Perhaps there are those who have a similar lifestyle to those presented on screen - but we all (hopefully) appreciate that it's not the norm.

More interesting is the outrage expressed by otherwise rational people over articles published by rags such as the Daily Mail. You see a family on the front cover, a football team of children in a council house, and it can be difficult to look beyond the big TV in their front room. It's as if we view those who are on benefits as undeserving, unfit to have any luxuries in life. It represents poor budgeting more than anything else. It's not as if they got more money after spending it on laptops.

Or perhaps the reason for our enjoyment is more psychological, more hierarchical. Maybe we gain a sadistic sense of enjoyment from seeing people in a worse position than ourselves, eliciting a sense of superiority. Emperors looking down upon the serfs.

Regardless of why, this programming seems to exist purely to generate a feeling of animosity within us, manifesting itself as elitism and division. It is scarily successful at making the viewer turn against the people featured.

There are arguments that such 'documentaries' provide an insight into the lives of benefit claimants. I don't believe this to be true. In reality, films like I, Daniel Blake offer a more realistic image of welfare today - victimised, penalised, and messed around by a system so starved of resources and compassion that people are actually dying.

To 'pornify' the benefits system sets a dangerous precedent and creates unjustified resentment. Glamorizing and falsely presenting life on welfare as something to be envied or hated just creates further animosity, further divides the country, and further isolates those in society who are already in need. 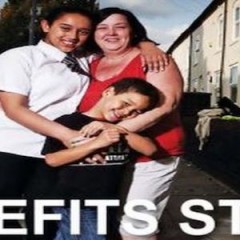