Voice MagBlogsWhat's it all a…

As the evenings draw in, frost sneakily creeps over the ground and the weather outside gets frightful, it is time to get comfy on the sofa with friends and family and put on the inevitable Christmas films!

But…over the years, has film led our understanding of Christmas? Or has Christmas shaped these films?

In the days of Christmas past, religion, the birth of Christ and the good tidings of St Nicolas were the center of Christmas celebrations. But in recent years, these celebrations have changed. With the creation of the Coca Cola advert in the 1950s came the image of a jolly, big bellied man, red suited and black booted with bushy white hair that we now know as Santa Clause. This image is featured in numerous Christmas films that have been made over the years but this is not a biblical figure, it is a figure created through commercialization and is now the image that many relate to when thinking of Christmas. Some may say that we live in a commercialized culture with more modern films being orientated around this created image of Santa Clause.

My favorite Christmas film is 'White Christmas' (1954), starring Bing Crosby, featuring the world-renowned song, 'White Christmas'. The film is classically made, with grand and elaborate sets and old-fashioned intricate song and dance numbers - but Santa is not mentioned. The story is of a successful song-and-dance duo that become romantically involved with a sister double act and team up to save the failing Vermont inn of their former commanding general. It is a feel good family film and focuses on being with the ones you love at Christmas; helping out old friends and making new ones. The final scene is of the four protagonists dressed in white and red looking out at a picturesque landscape of white glistening snow that is dreamt about when waking up on Christmas morning, even though in England, it hasn't snowed on Christmas Day in years.

Looking at a more modern films like 'Arthur Christmas' (2011), the computer generated motion picture (CGI) where young Arthur keeps getting in the way of his father Santa Clause on the mad rush of delivering presents on Christmas Eve and 'Elf' (2003) where a baby is brought up as one of Santa's elves and goes back to New York to meet his real father as a grown man; these modern films revolve more around the commercialization of Christmas, the delivering of presents, the Christmas jumpers, the wrapping of gifts and the main character of Santa Clause than the essence of Christmas and Yule tide celebrations. Furthermore, 'The Polar Express' (2004), a CGI film adaptation of the book written by Chris Van Allsburg in 1985, focuses on the belief in the magic of Christmas. This is something all of these films have in common… Christmas Miracles.

I believe that these films reflect the culture of when the films were made, like most art does. Since the 1950s, there has been an increased development in technology and filmmaking - such as the development of CGI - and the commercialization of Christmas has changed the content of a Christmas film to that of, in my opinion, Santa orientated films. Never the less, all these films have one thing in common; as is the theme of 'Love Actually' (2003), they bring us closer to the people we watch them with at Christmas time. 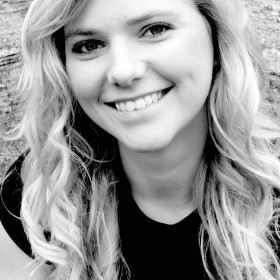 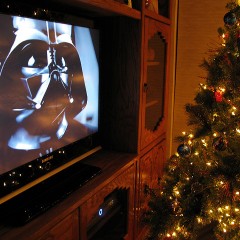 What's it all about? Christmas in Film

As the evenings draw in, frost sneakily creeps over the ground and the weather outside gets frightful, it is time to get comfy on the sofa with friends and family and put on the inevitable Christmas films!