A recent study has shown that perhaps it is the attitude of some "extreme vegans" that is stopping their cause from getting any traction.

Although I have heard the first four reasons many times, it was number 5 that caught my attention. It isn't the first time that this subject matter has been raised and it was almost nice to know I wasn't alone. My diet can range drastically from one day to another. I can happily eat vegetable based meals for a few days, pasta and cheese, even quorn mince rather than pork or beef. I do eat meat personally, it's a diet I've had my entire life. However, I'm always happy to go to vegetarian restaurants try new vegan dishes with my friends. I guess you could say I'm not a picky eater.

However, there is one aspect of my generation at the moment which angers me somewhat. Aggressive Vegetarians/Vegans on social media. Now I'm happy to say that those friends I have who are vegans do not shove it down my throat. They are happy to have a long discussion about why they have made the decision to change their diet and usually have absolutely no problem with others around them who have a different opinion or choice of diet. Unfortunately, I can not say the same about vegetarians I know and people I see on the internet.

The one thing that baffles me most is, why are the aggressive dieters taking to their social media platforms like facebook to share their rage? I understand spreading your concern for the treatment of animals. I also understand your wish to discuss with your friends. But… the one thing I cannot understand is when you take to your facebook page, share very traumatic pictures of livestock or dead animals and then caption it with a phrase like "Meat Eaters are the devil". Surely you must realise that your friends will see this?

The first few times I saw it, I thought perhaps it was because of a recent event or discussion the individuals had had. But when it became a regular occurrence, i couldn't help but feel offended. Not only are they singling out people for their dietary choices, they are assigning blame to everyone. They don't know that perhaps I eat a small amount of meat every few nights. Perhaps I don't like ribs or steak. The attitude instantly puts me off their message and makes me scroll past, losing the message in the process.

With anything, the way to make change is through teaching and discussion. If you shout me down before I even join the conversation, i'm not going to learn a thing. You'll eventually be shouting at a wall.

25% of the study respondents revealed that they had been lectured or made to feel bad about their dietary choices. What gives someone the right to behave in that way? To me, diet is a personal choice. You may be doing it for health reasons, to regulate food intake, to be more healthy in general or for moral reasons. Whatever your choice, it is just that - YOUR choice. If you then wish to share your reasoning then feel free, many of us want to listen and learn about new ways of living. But don't start telling me I'm a cruel person because I want to have some free range chicken now and then?

Despite this survey, research last year found that the number of vegans living in the UK had risen by 360%. That's incredible! And it makes veganism the fastest growing lifestyle movement in the UK. Perhaps if you approach your message differently and teach rather than shame, those figures can increase even further.

There are many of us who want to learn more, don't make us an enemy of your message before you've even begun speaking. 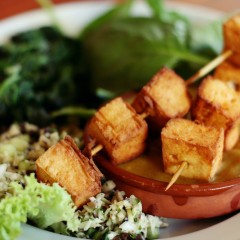 Are aggressive vegans and vegetarians preventing their own cause?

A recent study has shown that perhaps it is the attitude of some "extreme vegans" that is stopping their cause from getting any traction. 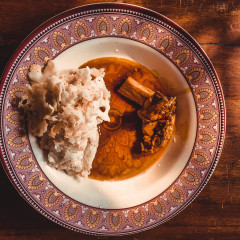 Your guide to the best of Brick Lane