Upstairs at Peterborough Museum, an operation is taking place. A school boy writhes whilst another holds him down and his friend takes a saw to his leg; a Victorian gentleman gives directions.

What on Earth is this about, I hear you ask.

Nine students from Year 3 at The Beeches Primary School in Peterborough proudly wear stickers declaring, I'm Taking Over! These children are spending the day learning about a whole spectrum of activities concerning life at the prestigious Peterborough Museum.

Sent by Voice to report on the Kids In Museums Takeover Day sessions in the city, I was able to gain a rounded view of the activities that were lined up for the pupils. From hunkering down in a World War Two bunker to discovering about conserving artefacts in the collection, it promised to be an intriguing day.

As I walked in, two children were being taught the skills of a receptionist. How to welcome visitors, pointing them in the right direction, providing information over the phone.

Aimi Row, the museum Visitor Assistant comments, "It is obvious the children wanted to get on and do things. The visitors appreciate it – it's good fun. The pupils tidied the shop floor for me and put up banners."

Anaiya, eight, from Beeches Primary School told me her favourite part of the day was hanging up the posters and answering the phone.

Up the ornate staircase and through a corridor is the Victorian Operating Theatre. In the 1800s, patients would have been winched up the middle of the stairs if unable to walk. In the session here, schoolboys are learning about medical operations from 200 years ago. They wear old-fashioned white doctor's coats, cuffs to cover their sleeves, and stethoscopes. With the help of Chris, who boasts ten years in the heritage industry, they re-enact an operation to mend a broken leg. Around cracked snowy tiles and beneath huge bulbous lamps, many operations took place and tragically, many of the patients died. Today, the children learn which old-fashioned methods were replaced by modern advances. 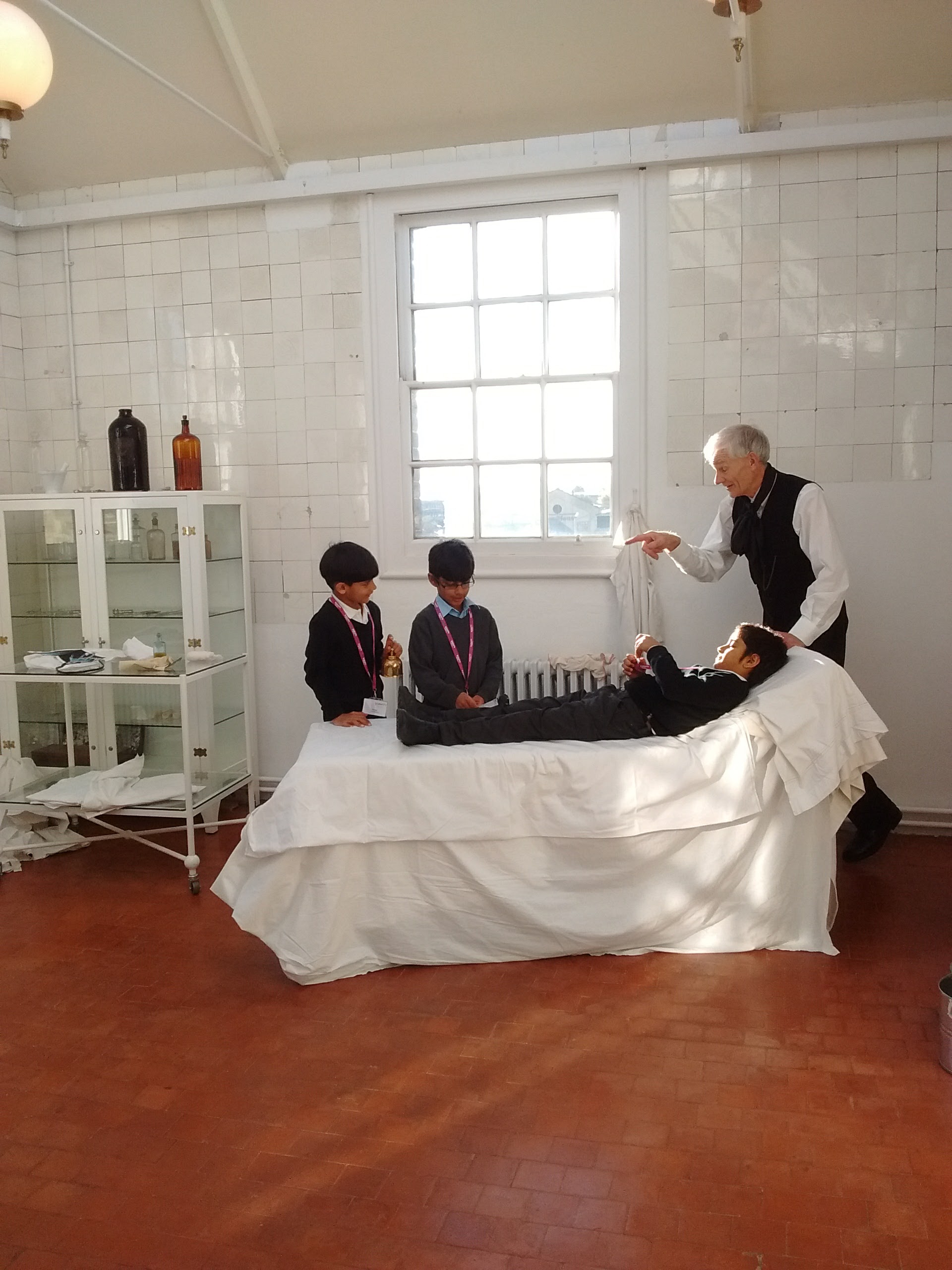 Chris remarked that is great to see young people involved – although it can sometimes be a challenge, it's always rewarding.

Beneath the museum is a series of cellars, each of which help to uncover the vibrant history of the museum. From when it was built in the Tudor period to the Second World War, when it became a air-raid shelter. A group of the school children learnt how to be tour guides and revealed snippets of history from each section of the basement. Huzifa said going underground was his favourite part, especially the Tudor room.

I spoke with Andrea Guy, Education Assistant at Peterborough Museum: "They're doing really well and have all been so enthusiastic – it's a lot to expect in one day." She went on to say that although the Beeches Primary School is just a street away, the pupils don't normally get to see behind the scenes of how a museum operates. She remarked that days like these were building new relationships, and although they had started small, she'd love the Takeover Day next year to be bigger. "This is a trial run, it's been lovely." 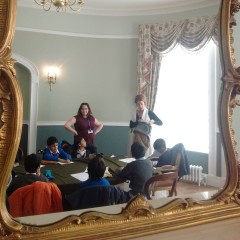 Upstairs at Peterborough Museum, an operation is taking place. A school boy writhes whilst another holds him down and his friend takes a saw to his leg; a Victorian gentleman gives directions.