Are we on the brink of the rejection of the smartphone? When is the last time you saw one at a gig?

This week I was fortunate enough to see the absolutely incredible KT Tunstall live in Cambridge. It was a fantastic experience, and if you ever get the chance you should definitely try and see her.

But that's not why I'm writing this article. What really stuck out for me is the lack of smartphones on display. People were watching the musician in front of them, instead of watching the screen recording the stage. The fact that the absence of smartphones was noticeable is in itself telling of its their ubiquity at live performances to date.

It could be the case that this is a one off, but I'm inclined to view it is a wider movement that rejects the smartphone. We might be witnessing the point where smartphone saturation has led to fatigue, and desire to reconnect with the analogue.

This has almost certainly been the thought process of the entertainers. There have been pushback from live performers in recent years regarding the use of smartphones in gigs. The likes of Mumford & Sons, Kevin Hart, Alicia Keys, Guns & Roses, and Chris Rock have all implemented the use of the Yondr pouch, also known as the phone prison, to stop people using phones at their gigs. Even Adele has told concert goers to put down the cameras and watch the real life performance.

The second observation I made was that of the few people who were using smartphones, it was essentially an older demographic. They were the ones who were squinting at their phones trying to capture footage and stills of KT dancing around the stage; their faces illuminated by the screen. The younger audience were more than content with enjoying the moment.

Towards the end of the gig, we were all invited to stand and dance, and naturally people surged towards the front of the stage. A middle-aged woman who was accompanied by two young children made it quite close to the front. Once there, she spent the best part of 2 minutes facing the back of the room trying to capture a selfie! Not something I expected to see, I must admit.

To some extent I enjoyed the irony of a generation who so frequently berate millennials for their smartphone habits being the ones to whip their phones out. It demonstrated a hypocrisy, and also gave hope that young people can in fact go without snapchatting every little aspect of their lives.

Even KT herself acknowledged the use of phones at gigs, saying it's generally seen as a bad thing to have your phones out, but encouraged us to put our torches on for a beautiful rendition of Otherside of the World.

Am I completely wrong? Was this a one off event where people displayed incredible amounts of self-control and etiquette? Or is there actually a feeling that smartphones don't need to make an appearance at live events? Has there been some subconscious rejection of capturing an event - subsequently diverting your attention from what is happening right in front of you.

Let me know in the comments! 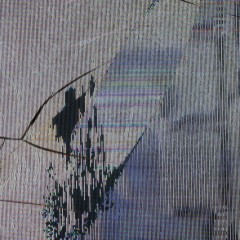 Are smartphones being rejected?

Are we on the brink of the rejection of the smartphone? When is the last time you saw one at a gig?