The history and fantasy geek in me is appeased

I preface this Throwback Thursday with the following: DO NOT JUDGE THE BOOKS ON THE FILM!

This is imperative, as I can't begin to quantify the disparity between these two mediums. The film was such departure from the books; the two basically share the titular characters only. This was, I believe, reflected in the box office ratings for the film, which were deservedly poor.

Anyway, I deviate. The books were of a much higher quality and actually serve to make Greek mythology, and history in general, even more interesting than it already is. Much like Steven Moffat modernised Sherlock, or Christopher Nolan created a realistic Batman, Rick Riordan's books served to incorporate Greek mythology in the modern world.

What if Greek Gods were real, how would they manifest themselves in the modern Western World? How would the mythological creatures of old be incorporated into the rat race of today? The books work to engage with these questions while staying true to the original interpretations of the myths.

The enjoyable thing about the books, especially the first one is the departure from the explosion and gun scenes from modern Young Adult literature, replacing them with sword fights, chariots, and a battle between Gods, entrenched in America.

Anybody well versed in Greek mythology, or those who want to learn, should read these books, for you are able to learn more about the Olympians, the Titans, and gain a wider understanding of Greek history. While you can be assured that Riordan has done a lot of research into the background of important characters, the books serve to inspire you into continuing your own exploration into the myths and gain a wider understanding.

Disregard your preconceptions of the series, pretend the film never happened, and go and buy the series. While there are peaks and troughs, the peaks are incredible, and Riordan is so vivid in his descriptions you can really imagine that you too are engaged in the battles Percy and his entourage experience. 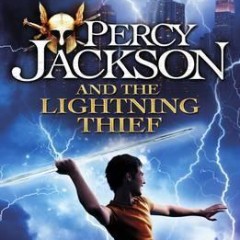 The history and fantasy geek in me is appeased