Voice MagBlogsWhy some parents do…

I have discussed the issue of why some parents do not want their child taking art form based subjects at GCSE/A Level as there are many different opinions on this. The reason I went into detail about this subject is because I was curious to see what other people's opinion was on this topic for my Gold Arts Award.

Within my survey it showed 100% of people responding yes to allowing their child to take an art form at GCSE/A level and pursuing art forms as a career. In a school such as mine, where art forms are widely accepted by both parents and children, this is not a shocking statistic, although they are schools which are slowly removing art forms from the education system. This could be due to the school believing the arts does not create 'a suitable career' or 'wasting potential'. Some parents believe their children are too 'clever' to take dance and it 'should not even be a subject' as they would like their children to pursue a 'normal' career which can financially help them in their future. Many parents push their children to believe that art forms are not a full time career and they do not want their child to get 'hurt'. Some parents may even have a fear of having their child having a different career from the 'normal' as they are not aware of the career their children is participating in. These factors could put some parents off from allowing their child to go into further education, or tell their child they need a backup plan, in case they do not get anywhere within the industry.

Another factor that could affect children from pursuing a career in the arts is due to finical cuts by the government. Both the local government, schools and art teachers are being cut yearly due to not having enough money to help fund the arts within schools. Between 2010-2015, the Arts Council England funding was cut by 32% with the local government being affected by having a cut of 40%. Since 2010 the number of art teachers in schools had fallen by 11%, drama teachers had declined by 8%. I found these statistics on 'the guardian' website which is an article about the arts and culture being 'systematically removed from UK education system'. These factors may give parents another sense of fear when allowing their child to pursue a full time career in the arts industry. They may believe it is hard to get into the industry, let alone staying within the industry for a long period of time. There are many schools around the country that are slowly removing art forms from their school curriculum, or have fully removed them already as they feel like it is a 'pointless GCSE' and cannot provide individual's with enough skills to use within the future. I believe art forms should not be removed from the school curriculum as students that are not academic have an outlet to express themselves creatively and academically but through movement, drawing, painting etc.

However, there are many people that believe art forms should not be removed from schools and parents are fully supportive of their child pursuing a career within this industry. The UK Government and Parliament, made a petition last year which stated that if they received 100,000 signatures within the space of six months, the government will not remove arts from the school system. However, only 57,456 signatures were received showing that there are still some people that believe the arts are not worthy of being in the school curriculum. This statistic looks realistic, in my opinion, as I know there are many parents that are support of the arts and believe they should stay within the school curriculum. Although, there are still many people that believe art forms should be removed from the school system as it is not a 'worthy' subject.

Like I stated in my previous paragraph, my survey results showed a very positive approach towards allowing their child to take art forms as a GCSE/A level, with 100% saying yes. Many people responded with reasons why, however general results were 'if the child enjoys doing it, why stop them?', 'it is a creative pathway and generates many different skills which can help them in the future' and 'it is the child's choice, they should be able to do what they want to do.' A lot of students have grown to become passionate about these as "you have to take risks, push yourself emotionally, expressively and creatively in every lesson, you have to persevere and be interpretive, passionate and collaborative. I've worked harder in these subjects than I've ever worked in my life." When studying these subjects, students gain many skills that can benefit themselves and those that can help them with their future. In my survey, which I created, I asked for parents to select which skills they believed were created through learning an art form. The statistics show that 25 people that took the survey selected that all of the skills listed above where developed through art forms (creativity, team work, problem solving, self-confidence, time management, communication skills). Although, many parents also stated other skills they believe are generated through art forms such as experience, passion, organisation skills, adaptability and many more. Having parents respond with extra comments about this, shows that they listen and understand their child's passionate subject.

One major question I asked in my survey was, would you allow your child to pursue an art form as a career and the results showed that 100% said yes. I was amazed at this result as I was certain that some people would reply with no, however everyone said yes. I received 7 comments on this question stating why they chose this answer with most of them generally saying "If it makes them happy and they love it and can earn a living from it, why not?" and "Always try and have a career in a profession you love." I also asked if parents believe art forms should be removed from the school system and 100% said no. This statistics makes me extremely happy to see that parents believe art forms should be taught within schools and taught to us, as some people may grow a passion for the subject and therefore further their passion into a career. With this question, I asked for the parents to comment on why they chose the answer they did and 28 people responded with similar responses. Many people said "Because you're not writing in every lesson, doesn't mean to say they not doing work!!" and "Young people should be allowed to express themselves through the arts if they wish to!" One comment really stood out to me and this was "Many students are talented in the arts subjects and not necessarily academic. We need our young people to leave education with a broad range of skills, interests and qualifications otherwise they will all be chasing the same jobs." The reason this stood out to me is because I believe many people (such as myself) can relate to this comment. An individual may not be the best academic student and an art form may be their way of expressing themselves or the subject makes them feel confident with themselves, or proud of themselves when they get praised for their work. And I agree that students should leave education with a variety of skills, interests and qualifications otherwise we will end up in the same industry, making it harder for everyone to get a job!

Overall, I think many parents support their child taking art forms as a GCSE/ A Level and furthermore pursue this as a career. The reason I believe this is due to my survey showing results of 100% saying yes to allow their child to take an art form at GCSE/ A Level as well as 100% saying yes to pursue this as a career. However, my research shows that there are parents that still do not support the arts from being in school and being pursued as a career. Many parents support their child taking art form based subjects at GCSE/ A Level based upon my primary evidence, however my other evidence shows there are many parents still do not support art forms at GCSE/A Level. I asked a variety of parents to answer my survey and I am glad with the answers I received, however I only received feedback from parents within the school. This could be the reason why I have such positive feedback as the parents within my school are very support of the arts. If I had longer to complete my primary evidence, I would have asked a variety of parent's opinions to get a more diverse range of answers. I hope in the future more parents will become accepting of art forms and the benefits and skills individuals gain from the subjects. Every individual has different skills and everyone has different ideas of an ideal career, and if this is dancing, acting, singing or creating art, allow them to pursue this! Just because they do not want to sit at a desk all day, does not mean we are working as hard as everyone else. 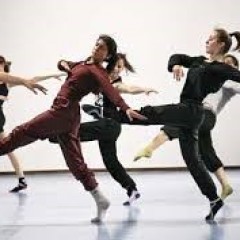 Why some parents do not want their child taking art based subjects at GCSE/ A Level?

I have discussed the issue of why some parents do not want their child taking art form based subjects at GCSE/A Level as there are many different opinions on this. The reason I went into detail about this subject is because I was curious to see what other people's opinion was on this topic for my Gold Arts Award.