During the summer I did a bit of thinking and wrote a blog about what the last 3 years have given me.

In about a month's time I will be celebrating three wonderful years at Artswork. I know that this doesn't sound like a significant amount of time in the same way five or ten years would, but for me it feels like an important turning point. I guess you could say it is down to recent events.

In the last month I have watched my two best friends (and numerous others on social media) graduate after three years studying (and partying!) at university or stage school. Over the last three years I have watched these people in my life grow, learn and transform into different people. They have come out knowing more of the industries they wish to go into, and are better equipped to do the jobs they want to do. They have also had to live as adults, doing their own washing, making sure they don't spend all their student finance in the first week etc. They have gained so many skills and so much information over the past three years to get to the point they are at now, and I am incredibly proud of all that they've achieved.

As someone who could have been one of those graduates this year, this has made me think about firstly the decision I made not to go to university, but also how I've grown, what I have learnt and what I have achieved over the past three years.

I have previously documented my reasons for not going to university and instead pursuing a career straight out of college, but when attending graduations, or talking with friends and family, people have asked me the question, 'So, do you think you made the right decision?'. My honest answer would be that after only three years I don't really know – but then I am not sure I ever will. It's like playing a game of 'What If'. Had I made a different decision would it have led me down the same path eventually, or would I have ended up somewhere completely different? It's funny that this only ever seems to be a question asked of those who didn't attend university. None of my friends were asked this question as they graduated, and I sometimes feel that they may actually have a better answer.

Even if later in life I were to regret not going to university, I know I would never regret the last three years. Since starting at Artswork, I have gone from an Apprentice in the finance department to a fully-fledged, full-time member of staff in the Communications department. I've had the opportunity to give various talks and contribute to panel discussions about helping young people like myself get into the arts industry (including one where Lenny Henry proposed to me!), worked on major regional conferences, and taught some incredible drama classes. My learning and growth didn't just stop at work – I've learnt how to budget (although my parents may disagree), saving up and realising a bucket list moment of mine by going to New York (I cried with joy a lot), started a vlog, visited the BBC for a day, and made some brilliant professional and personal connections and friends.

Over the past three years I have really become an adult, both in age (21 I have decided is when you become a real adult) and mindset. Yes, I still live in my parent's house, but who would want to leave my parents home cooking behind?! And, yes, I still happily watch children films or TV with or without a child present (I am seeing Finding Dory tonight), but I am finally starting to feel like a grown up.

On the day my friend Katie graduated I turned to her and said, 'Sorry to steal your thunder but I almost feel like today is my graduation too!' Her mum overheard, and turned to me and said, 'It's been your three years too.' Three years on from the fateful summer I chose my path, and I wouldn't go back and change a thing! 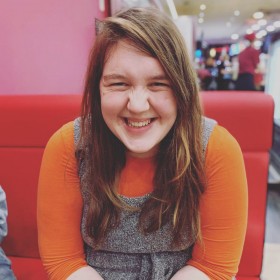 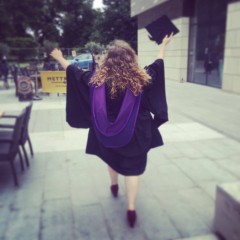 During the summer I did a bit of thinking and wrote a blog about what the last 3 years have given me.