Put down the champagne, there is still work to do yet.

You would be forgiven for thinking that Labour won the election last week, especially with Corbyn and McDonnell basically stating as much. However, I hate to burst your bubble but they didn't win a majority in the Commons, and didn't even win the most seats. They came second.

While many may be surprised that they even got that far, others see this as validation for Labour's new left-wing agenda. I personally think it was a combination of Corbyn's ability to inspire, the provision of hope, and the Conservative's own abysmal performance.

It looks like Theresa May is adamant to still limp along for a little while yet, unless her party chuck her out before then. Her power agreement is already collapsing and it wasn't even officially formed. Downing Street jumped the gun and said the DUP were ready to support May's Government when in fact they weren't, and publicly stated as much. Let the coalition of chaos begin! Theresa May's coalition, that is, not Corbyn's, because he didn't win.

Young people were and will continue to remain vital to this movement. Youth turnout was absolutely phenomenal, and if 3,000 voters put their crosses in a different box our story would be over and Corbyn would be in Number 10. In all likelihood an election will be called before the year is out, and we must not allow ourselves to slip into complacency before that time. There may be an inclination among some to look at the results and feel that their vote didn't make a difference, but that couldn't be further from the truth.

Your vote stripped the Conservatives of their majority, gained Labour 30 seats and put May in an untenable position. You shouted loud and clear that you want change, and you trust Corbyn to provide it. That should give Corbyn, and more importantly the Parliamentary Labour Party that staged the coup last year to get rid of him, the message that rather than continual in-fighting, you want a party that will actually provide for the many, not the few. It's now the job of all in the Labour Party to step up and provide that.

Sometimes change doesn't come in a day, and what we see here is a government in ruin. It's been battered and bruised by the electorate and its refusal to just concede is symptomatic of the contempt it holds you in. When the next election comes - and it will come soon - we have to double down on our effort. Get every single person you know engaged in the democratic process. Tell them to look beyond the headlines to actual policies and results. This Government has done nothing to earn the respect or vote of the 'everyday person' - but is granted it through support of the media.

Jeremy Corbyn didn't win this general election, but nor did Theresa May. Her stay in 10 Downing Street is extended purely by making unstable deals, and it will come crashing down around her. When it does we must be ready to capitalise on it.

So it's crucial that over the next few days, weeks or months that we don't get complacent, and don't get despondent. We have to stay vocal, stay vocal and stay engaged. After years of being trampled over we have finally flexed our muscles and demonstrated what we can achieve when we actually participate.

It was your vote that put this Government on notice. Next time it could evict them. 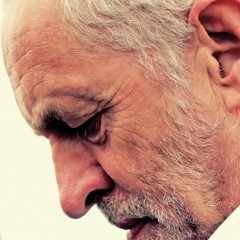 GE17: Sorry to burst your bubble, but we aren’t finished

Put down the champagne, there is still work to do yet.