Voice MagBlogsGE17: A victory for…

Little might actually change but yesterday's vote was a huge achievement for progressive politics.

A lot has happened in 24 hours but, in all practicality, not that much will actually change. Theresa May has refuted calls to resign and it is likely that by the end of the day she will have made a deal with the DUP - whether as a minority government, or part of a coalition, we don't know.

However, last night was an achievement for millions across the UK. An 'unelectable' leader did what no-one else has managed to do and has achieved what was considered impossible two moths ago. He delivered the Youth Vote, which turned out to be decisive in undermining the Conservatives. May called the election to increase her majority, with many commentators predicting a Tory landslide. To have run a campaign which engaged young voters, won back seats and has ultimately broken the Tory majority is nothing to scoff at - Corbyn has achieved some momentous strides for progressive politics.

There will be dark days ahead. A Tory-DUP pact will likely deliver a hard Brexit, and will likely continue policies of austerity and cuts. Hopefully, a small majority will be blocked on bills such as Fox Hunting and a repeal of Human Rights. The important thing is that with an increased number of progressive seats, the MPs we have elected can challenge the Conservatives and better represent us. But we cannot grow apathetic again. We must stay engaged, keep campaigning and promoting a more positive, inclusive and hopeful politics. And whether the next vote comes in 5 months or 5 years, we have to make sure that we build on Corbyn's success, making the Youth Vote a powerful force in politics. 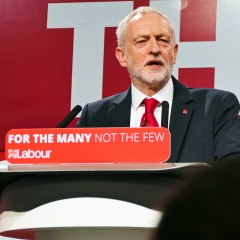 GE17: A victory for progressive politics

Little might actually change but yesterday's vote was a huge achievement for progressive politics.