Most of us know what a drag queen is, either because we've met one, seen a performance by one or because we've seen RuPaul's Drag Race, a popular TV show in which drag queens compete for the title of 'America's next drag superstar'. While change might be slow, drag queens are gradually becoming more accepted, partly due to TV programmes like Drag Race and musicals such as Kinky Boots which have thrust them into the limelight and allowed them to become a part of mainstream culture. Less and less often they are seen as 'men who want to be women', which they really - for the most part - are not.

But there's another aspect of drag that most of us aren't quite as familiar with. Drag kings are women who dress as men and often perform onstage, much like drag queens. However, in what seems to be a bizarrely niche example of sexism, drag kings have not achieved anywhere near the same level of recognition or acceptance as their queen counterparts, despite having performed since at least the late 19th century.

So why are we so ignorant of drag kings? I, myself, must admit that I only recently became aware of the existence of drag kings during a discussion about drag at school, and I was fascinated by this sector of drag that has somehow been left behind. I did a little research and discovered that drag kings are wonderfully diverse and undefinable, just like drag queens. In fact, most statements regarding drag kings are preceded by phrases such as 'may be', 'often', or 'typically', because there is no one way to describe them all; every single drag king is unique, just like queens. Many of them are incredibly talented makeup artists, fashion designers and performers, just like queens. They view what they do as art, or as celebration of the opposite gender, just like queens. They do it because they love it. Just. Like. Queens.

Sensing a theme? That's right, drag kings share a lot of similarities with drag queens, and yet they aren't recognised or celebrated in the same way. I'm not saying life for drag queens is perfect - far from it - but they are much more accepted than drag kings. It's about time drag kings had some exposure on TV or in West End shows, not only to increase awareness and acceptance, but also to provide young children experimenting with their gender identity with role models they can relate to and learn from.

That said, I don't necessarily think there should be a new TV show for drag kings, as it seems the divide between kings and queens is not just something that exists between those of us that don't belong to either group, but between the kings and queens themselves. According to Miz Cracker in an article for Slate, drag kings are often unknown to their queen counterparts, with some queens even looking down on them, believing what they do to somehow be less worthy than their own art. What they do is art, however, for both kings and queens, and that art should be celebrated equally by everybody.

So maybe it's time for RuPaul's Drag Race to allow some drag kings on the show - not as part of a special extra season, but to compete alongside the drag queens. After all, it is a Drag Race - shouldn't that involve both types? 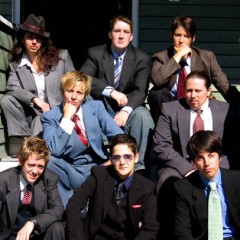 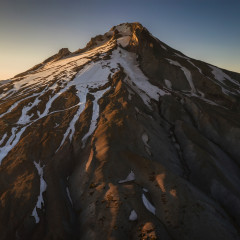