No-one does dark, fast paced thrillers better than Scandinavian countries, and here in the UK we have enjoyed this genre for years – think about ITV adaptations like Wallander. However, since Steig Larsson's Millennium Series, the genre has exploded in popularity.

The Girl with the Dragon Tattoo featured an unconventional heroine, who helps an investigative journalist uncover a series of crimes connected to a large corporation. The book was a UK bestseller, triggering a blockbuster movie starring Rooney Mara and Daniel Craig and inspiring a whole host of thriller novels, taking inspiration from the title and female protagonist.

Not long after this, shows like The Bridge and The Killing, despite being foreign language, became huge hits, inspiring a range of adaptations. There is now an American version of each show, translated over to US settings of the Texas-Mexico border and Native American reservations, and The Bridge has inspired UK version 'The Tunnel'. Only a few years later we begin to see much darker police procedural shows that the usual 'whodunnit', with series like Luther and The Fall taking inspiration from the genre.

But what exactly does the genre involve? They are crime stories, often very dark, 'noir' style shows, and commonly centring around a grotesque series of crimes, usually against women. There is a social element to these stories, reflecting the high statistics for violence against women, despite these countries being the most developed in the world.

These stories are typically much more violent than most British crime dramas, and much more brutal in subject matter than their American counterparts ( until public appetite for this kind of show caught on). The detectives, or protagonists, are often less heroic than we might be used to, worn down by issues in their lives. The style of the genre is simple, with very few words or conversations, it is visually bleak, and the plots are intricate with thrilling twists.

These themes and plots have been reflected in the adaptations which have crossed over the North Sea and even the North Atlantic. Even more traditional British shows such as Broachcurch and The Line of Duty show some influences from our Nordic neighbours. The Scandinavian Noir has obviously triggered our thirst for darker and more thrilling crime, and is changing the face of English and American crime dramas. 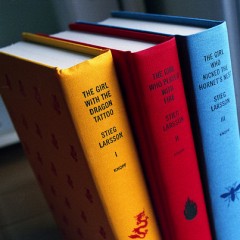 Scandinavian Noir sets the bar for UK and US culture