Voice MagBlogsThe power of the You…

That person you see on your phone/tablet/laptop is more than a vlogger - they're a cultural & global phenomenon. How did it get so big in such a small space of time?

Let's start with the basics: 2004, the internet has only just started to become really popular, and former Paypal employees Steve Chen, Chad Hurley and Jawed Karim want to create an accessible online format to share videos freely. A few months later, Karim uploads YouTube's first video. Several months later, they sell it to Google for $1.65 billion, and history is made.

Since YouTube was sold, it became massively popular in just under 5 years. Videos like Charlie Bit My Finger and Nunchuks Pro have boosted its popularity. But if there's anything that makes it even more iconic, it's the vlogging community.

Having a normal person talk directly to the camera has revolutionised youth culture - whether it's for escapism, solace, entertainment, or boredom, it's has today's Millennial generation hooked. This person who talks to us through the screen is almost like a friend. And for me and many of my peers, it has hugely influence our lives.

For me personally, without YouTube I wouldn't have been able to access the music that has helped to define me. Additionally, YouTubers like Thomas "Tomska" and Emma Blackery have had a massive impact on me, due to them passing on their experiences as 20-somethings on to their younger viewers, which I believe will come of massive help when entering my own 20s.

But why do they have a such a wide impact? Well, arguably, they are the many voices of a generation - they express themselves by talking to a camera, they make us laugh whenever & wherever we need it, they tackle taboo subjects, they can have a massive impact on our political views, and they are almost completely accessible to the entire world.

The world of Youtube and vloggers is what defines us as a generation, motivating our creativity and passions in every way possible - they're going to be around for a VERY long time to come. 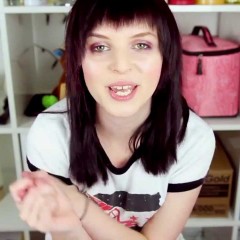 The power of the YouTuber

That person you see on your phone/tablet/laptop is more than a vlogger - they're a cultural & global phenomenon. How did it get so big in such a small space of time?