Voice MagBlogsHarry Potter and the…

Sometimes literature can create a cultural bond that goes beyond national boundaries.

This happened hugely with the Harry Potter saga. Several generations were, and still are, spellbound by J.K Rowling's books and have followed the adventures of the teen wizard across 8 films. Many learned to read with Harry, Hermione and Ron; many started school and wanted a letter from Hedwig; many were fully grown but didn't want to miss out on Hogwarts activities - some taking their children to the cinema, but was secretly enjoying the stories themselves.

Potter is a point of reference for generations of students across the world. Among international students, we might disagree on how to cook carbonara, but everyone knows who Albus Dumbledore is. Harry Potter has been translated in 74 languages! Harry Potter and the Philosopher's Stone was also translated into Ancient Greek. If you are curious about the Italian translation, instead, Dumbledore is called Silente and the Hogwarts houses are: Grifondoro (Gryffindor), Tassorosso (Hufflepuff), Corvonero (Ravenclaw), and Serpeverde (Slytherin).

We know well that Harry Potter is a global phenomenon. However, it is not only the readership that is international, but also the atmosphere in the books. For example, the Triwidzard tournament in Harry Potter and the Goblet of Fire involves three magic schools who belong to different countries. The competition, established approximately seven hundred years ago, is between Hogwarts, Beauxbatons and Durmstrang. A magic version of the Erasmus programme?

We are soon to discover new magic realities beyond the British lands in Fantastic Beasts and Where to Find Them. The film, coming out next November, will change the magic scenario from the UK to the US. The adventure of Newt Scamander, played by Eddie Redmayne, is set in the 1920s in New York. (Little fun fact: some shots of 1920s New York were shot in Liverpool instead)

The recent release of Harry Potter and the Cursed Child, and the widespread reaction, has once again shown how literature can be such a powerful tool. Thousands of people bought the ticket for the play and waited for the midnight release. The magic world is not dead at all. It survives everyday through books, films, adaptations, fanfictions, games, gadgets and dreams.

PS: If you feel you've lost the power of imagination, listen once again to J.K. Rowling. It always helps. 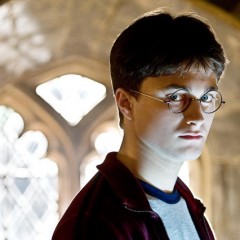 Harry Potter and the cross-national spellbinding

Sometimes literature can create a cultural bond that goes beyond national boundaries. 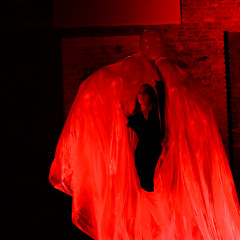