Looking to delve into some recent (and 20th century) classics? Want to expand your music knowledge? Look no further than these 10 albums, all of which have made a huge impact on the music industry...and their fans.

When it seemed like Green Day had lost the 1990s charm that launched them into fame in the first place, it was this iconic rock opera that brought them back to a new generation of angsty teens. This album has the ability to be punk, energetic, musically outstanding and vitally important at the same time, with lyrics bringing back the good old sex, drugs and rock'n'roll concept to the mainstream whilst also addressing the issues faced by the generation who came of age during the beginning Iraq War. Brilliant from start to finish - it still stands proud to this day.

Now to go from a work of art to a masterpiece - this album brought mental health and social isolation to the forefront in a period of disco music and 1970s prog-rock/psychedelia. The album uses the story of an emotionally unstable musician who forms a metaphorical wall around himself, representing the harshness of reality that affects us all. A compelling story, and musically intelligent - it's one of Pink Floyd's definitive works.

After permanently retiring from touring, the Fab Four decided to challenge what they already knew by experimenting musically - this happens to be the result. Considered to be one of the first concept albums, and one of the first art rock LPs, it is an influential album that helped to lay down the blueprint for the progressive rock genre in the 1970s and helped to begin the Album Era (when people bought albums because they were considered a craft, not as just a collection of new songs). Sgt Pepper marked The Beatles as legends far beyond the 20th Century.

This album may have been important to me, but it was significant to the rest of the world. It introduced the music industry to the influential Grunge era, and Nevermind went on to define the rest of the 1990s. Thanks to the complex mind of Kurt Cobain, teenagers could ventilate their anger and angst without judgement, dress however they wanted, and be inspired to write their own songs and express their sound. Grungy, punk, emotionally unstable, and of course, influential - I recommend this album to anyone who's fed up with the world and wants to let it all out.

It is the first metal album to be registered in the National Recording Industry as "culturally, historically, or aesthetically significant". Why? Because it's more than just metal - it's both dynamic & artistic, whilst also being brutal and critical of hierarchy and abuse of power in its lyrics. The album has a certain depth and structure that screamed innovation, and it was a confident sign that the underground metal scene was about to change modern heavy metal music forever.

Simple, yet powerful - this is also one of my personal favourites, but I can't just apply this to one person. Tracy Chapman's self-titled debut revealed to the rest of the world a sensitive young woman who was grew up in a divided country filled with riots, racism, domestic violence and homophobia. She went from an average college student to millionaire musician overnight. From then on, she revived the modern singer-songwriter era, and the rest is history.

Back to punk rock! With a combination of John Lydon's yells and simplistic-plus-aggressive guitar styles, these rock'n'roll rebels of the 1970s wrecked apart disco music and prog-rock in order to project their anger, angst, frustration and left-wing social views without shame. Although this was the only album that they ever made, it certainly made a dent in Punk rock and alternative rock overall.

Put on your moonwalking shoes and red leather jackets - this album is a pop masterpiece. Due to Jackson's iconic and funky falsetto vocals and powerful image, it certified him as a pop-culture revolutionary. How could anybody forget "Thriller" and "Billie Jean"?! Having sold between 51 and 65 million copies worldwide, it is the world's best selling album of all time.

Although 25 has caused a storm itself, the almighty rise of Adele began with her second album 21. Using her powerful and soulful voice to express her heartbreak and experiences with breakups as young woman in London, it resulted in her winning Grammys galore and becoming a household name across the globe.

A new-found favourite of mine, these alternative hip-hoppers burst into the mainstream with their 4th effort Blurryface, with lyrics reminiscing the Emo era fused with a poppy and danceable style. These two have taught people to never be afraid to speak up about their insecurities and emotional vulnerabilities. "Stressed Out" has become a hit for modern teens staring at the intimidating face of adulthood and angst - 10 years since Emo happened, we finally have another voice!

Have I missed anything? Which other albums do you think are 'must hear'? Let me know in the comments! 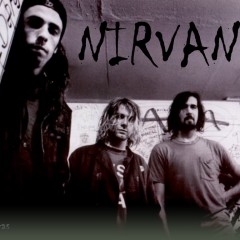 10 albums every teenager should hear

Looking to delve into some recent (and 20th century) classics? Want to expand your music knowledge? Look no further than these 10 albums, all of which have made a huge impact on the music industry...and their fans.