Latitude has really made me reflect on my use of technology. I think I still view it as an infinitely useful tool, but maybe should be relied on less...

Attempting to disconnect from the world of technology is all well and good, but in modern society we have become hardwired to look at our smartphones to resolve most of our issues.

Try as we might, that ingrained behaviour is not going away just because we are in a field. I've written about taking a reduced role in engaging obsessively with social media, but to say I've turned off all the technology while at Latitude would be to lie.

Obviously first and foremost, I need something on which to write reviews and these fluffy thought pieces on. While my usual machine is a 15 inch Macbook Pro, portability is key in places like this, and reducing the expense should anything happen to my bag. To that end, I am using an Acer C720 Chromebook. It's far from perfect, with a meager 2GB ram which causes crashes when you have more than 5 tabs open, and a reliance on the internet more desperate than today's youth. Still, the simplicity of the browser experience, and the barebones of Google Docs makes for a distraction free experience when trying to quickly whip out reviews.

My phone is the go to device for all photos nowadays. It's a Nexus 6P, and has 12.3MP camera, and performs well enough in low light to be useful. It will never compare to a DSLR, but as we aren't photo accredited there is little point carrying one about. It's also much easier to upload to Twitter and Instagram from a mobile - and let's be honest, that is where the majority of us will view the images anyway. I'm impressed also by how much can be achieved on a phone. The Chromebook at one point had a tizzyfit and in my frustration I just closed it down and switched to my phone, and because I was using a cloud based word processor, I could just pick up where I left off! I also spent a gross amount of time trying to upload the below Instagram post. I ended up finding the app to do it in the Google Play Store, which was most pleasing.

The video started life as a series of images taken with burst mode on my mobile. It was then automatically turned into a gif by Google Photos. I then had to share it to my Drive account (other online services available) and then run the gif through Gif2Video on my phone, looping it a few times and slowing the speed down so it was long enough for Instagram's video restrictions. This took me forever to figure out, and I'm telling you this so hopefully you won't go through the same issue in the future!

The thing that actually got me thinking about the technology used to easy our lives at festivals is the Latitude app, available on iPhone and Android. Powered this year by EE, the app allows you to favourite artists from all across the festival, and get notifications when they go on stage. It also has links to maps, and gives you notifications and important messages from the festival.

I know that other festivals have similar apps, and some of them work better, or have more functionality. Being able to schedule out your weekend is something sorely missed, and the scrolling can be buggy. Also - why issue updates to the app when we are already here, and data is hard to find? And let's not forget the crashes.

Either way I love it. Having something in your pocket that isn't the grossly overpriced £10 programme is pretty swell. It would be cool if down the line they implemented little easter eggs, or notified you of secret gigs. Or, even better - a discount for the highly expensive food! 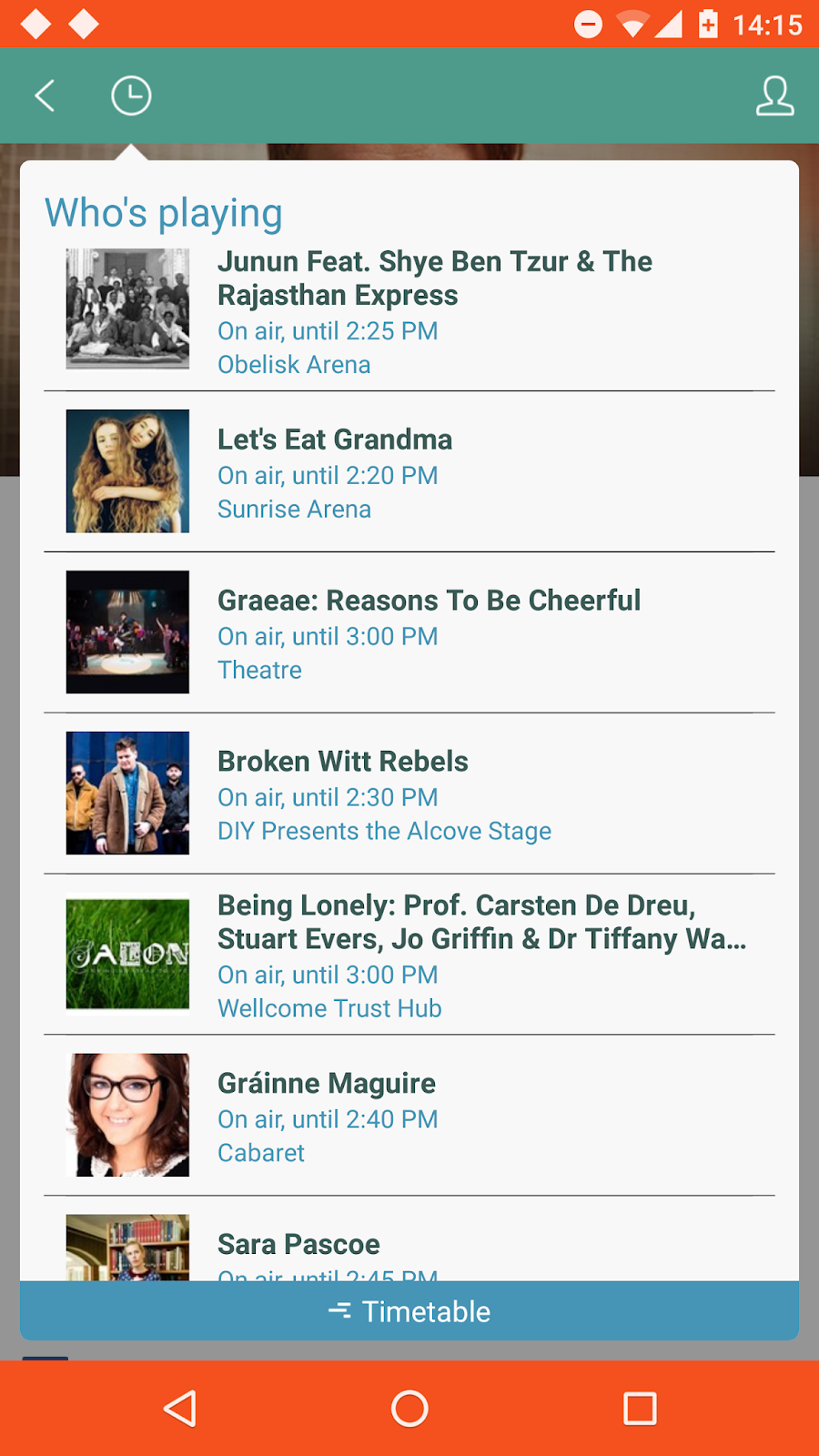 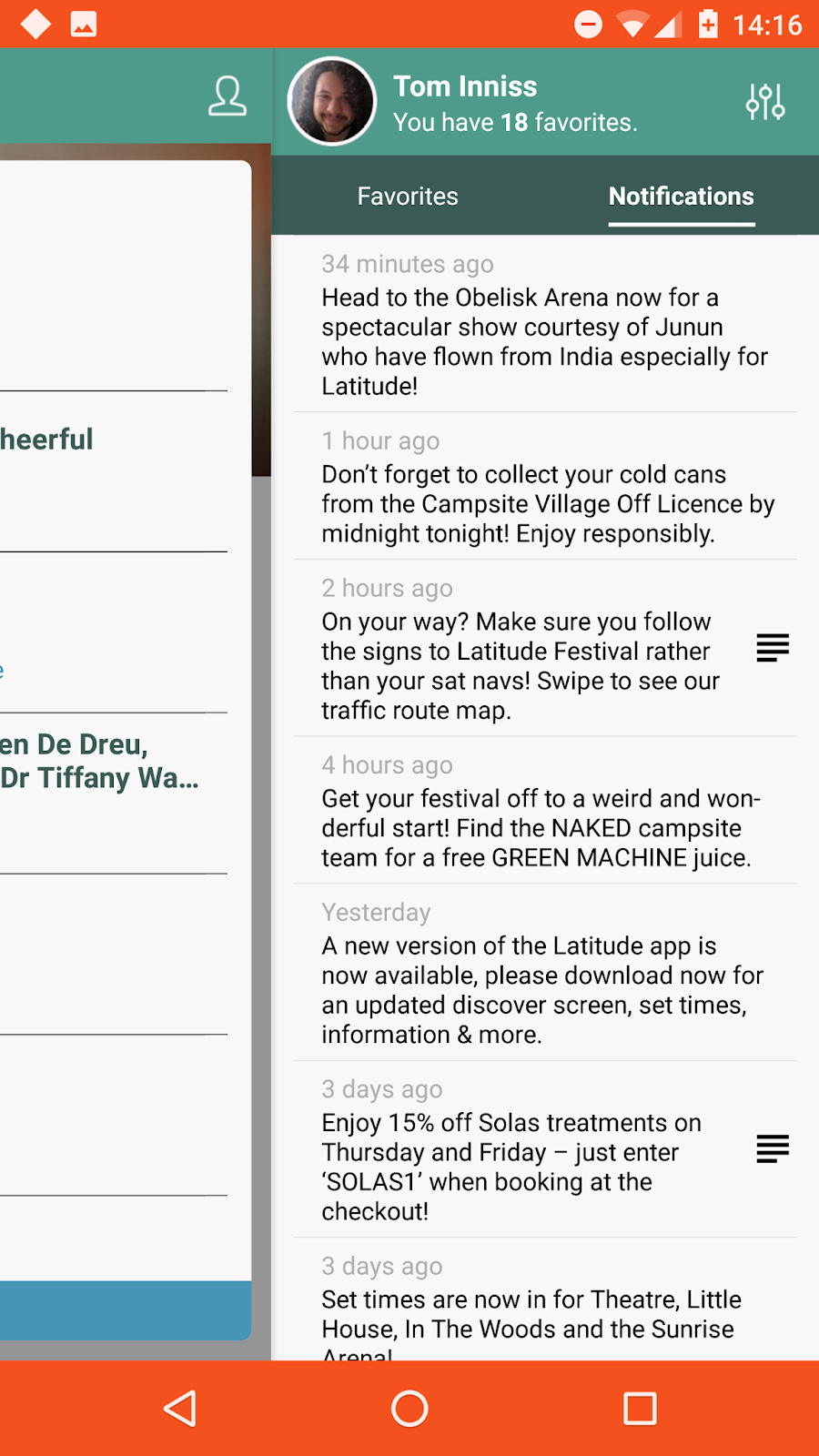 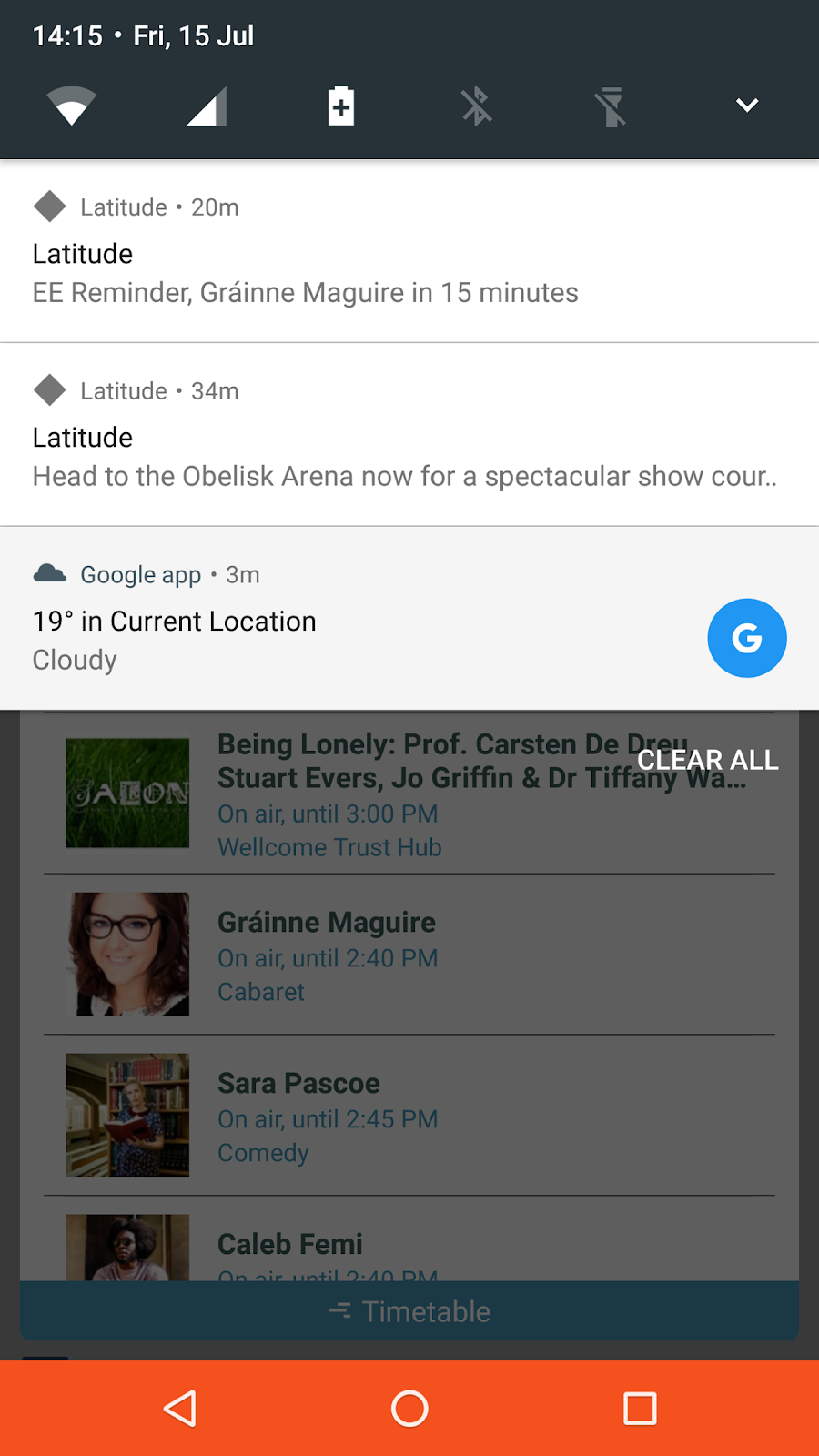 Over this weekend I have flittered in and out of love with tech, and my constant use of it. To some extent Latitude has served as a good soft reboot. I'm not checking my phone every 2 minutes to see if I have new messages, and I've actually spent a lot of time walking - outside! I might try to keep this going, but I have a bad habit of slipping back on good practices... 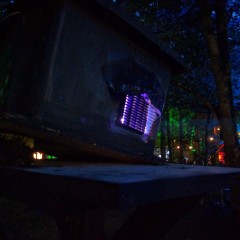 Latitude has really made me reflect on my use of technology. I think I still view it as an infinitely useful tool, but maybe should be relied on less...