What can I say? That I'm sick of hearing about EU politics? That I'm really concerned for the future of the British arts after we decided to leave? I can't say any of those things - because what's happened has happened, and we must find a way forward.

Just over 50% of the British public voted in the referendum to leave the EU. Why? They were scared. They were in awe of a "Great Britain". They feared that immigration brought terrorism. Or was it because they didn't actually think we'd leave? Maybe it was all for good old banter...

Regardless of the outcome, we have to understand that referendums aren't legally binding, and if we did leave, we'd have to use old Article 50 and it would be 2 years before we actually "left" (P.S. We will still have to trade with Europe, just saying…). So overall, nothing is going to happen to soon - carry on as you were people.

But do you know what I really think?

I am sick and tired of living in a society where we scapegoat each other, complain about everything, assume the worst about people, and repeat. For the past few months, I have seen people at each other's throats all because they believe their views are way better than the other persons. I have also seen for a while now the ugliness that our society presents to outsiders who only want happiness just like other normal person.

This EU referendum has taken the biscuit - scaremongering, discrimination, angry debates and even prejudice - it was disgusting; it was like being in a high school. On my behalf, I only voted because I wanted to shut people up.

We need to stop arguing and grow up - we made a decision that we can't go back on, and so we must learn to deal with it. No more "I told you so" or "I've got my country back" or "You're a racist" or "I hate being British". We have to get on with it regardless, otherwise we'll become a Divided Kingdom instead of a United Kingdom.

For Prime Minister, I want to nominate this puppy:

My argument is closed. 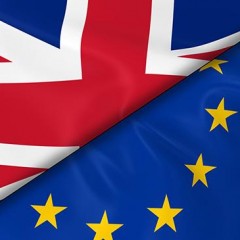 Views on Brexit, PM departure and the EU