We let you down.

Today we witness a new Britain. A Britain which chose isolation over unity, which chose mistrust over acceptance, and chose to run away instead of stay and reconcile.

We have turned our back on a partnership that has given us peace, prosperity, and the chance to once more have an impact of global politics. We applied to enter the EEC in the aftermath of the Suez crisis, which finally hammered home that we aren't a global power anymore. We got rejected. Twice.

Yet somehow, that seems to have been forgotten. The past has been re-written by the Leave campaign, airbrushed to remove our imperfections, distorted to snub our European neighbours, and whitewashed to remove our compassion for refugees. Problems stemming from Government policy, or global economics has been successfully reframed to implicate immigrants and the EU. And the British have swallowed it.

Obviously I will be expected to respect the decision this country made today, but how can I? How can I respect the selfish,shortsighted and inexplicably ill-considered decision this county has made. We as a nation looked at the European Union, looked at its flaws and issues, and rather than fix it, we decide to cut ourselves out of it - disregarding the benefits it offers, and how destabilizing it will be globally. It's like trying to remove an appendix with a chainsaw and ripping through every organ in the process. Painful, messy, and ill advised. We wanted to believe Britain still has global impact - well here we are.

What saddens me most is that people appear unaware of what they have done. Areas that have benefitted most from European funding voted to leave. Some Leavers voted to punish the Government, while giving more power to them. Those who struggle financially voted for further austerity, recession and economic uncertainty.

Parents concerned about the future of their children have just voted to limit their job options, and take the country out of the biggest single market. A market where they had the freedom to work in any of the 28 member countries, or set up a company and have immediate access to trade. To experience European culture, and be proud to be a part of that union. They've voted to leave their rights in the hands of a Government who time after time has said that human rights and worker unions are a hinderance.

We as a country have validated the repugnant and atrocious opinions of Nigel Farage and UKIP. We have legitimised Boris Johnson. We have given credibility to the idea of nationalistic superiority, built on an outdated and brutish concept of colonialism that has no place in modern society.

Worse than all of this, the referendum has shown what an ugly nation we are. Both sides should be thoroughly ashamed of the campaigns they ran; built not on hope, but fear, uncertainty and doubt. Remain had every opportunity to sell the EU - christ, there was plenty to use, and they didn't. Leave lied repeatedly, and dismissed every expert, every institution, and every voice that disagreed with them as mere fear mongering. Well now we will see the result of that myopia.

Already our currency has dipped to lows not seen since Black Wednesday. Right-wing groups in Europe are already calling for their own referendums. Scotland is once again discussing an referendum on independence. Sinn Fein are calling for a referendum. The Nikkei has been suspended after falling 8%, and Farage is soaking up the limelight for a campaign he turned toxic.

If young people have sense, they will emigrate abroad to countries more accepting of change. Countries more forward facing, more united. Leave Great Britain behind. Let them dwell on their past glories, and pick the country back up without the help of the youth they've just completely disregarded.

Europe, I'm sorry. I know we have always been that awkward partner, that selfish lover, that inconsiderate flat-mate who won't follow the rota. I just didn't realise we were also homewreckers.

This is a dark day for politics, for Britain, and for hope. 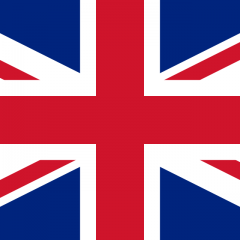 We let you down.