Since graduating in Summer 2015, I've looked at getting work in the film and television industry.

What I learnt was that in order to get experience, it'd be a good idea to approach making the cardinal sin of doing unpaid work for a reputable production/company.

In 2014 when I was still looking for work experience, I emailed the Sheffield-based, internationally-renowned, award-winning production company Warp Films based in the Electric Works, responsible for films and television like This Is England and Four Lions. A year later, after graduating, I decided to give them another go. This time I got a reply from their intern who sent me information about their internship scheme. I replied expressing my interest in the Sheffield internship. When they replied again telling me they've put my CV on record for consideration I was acutely aware that I would be far from the only one. I decided to ask the intern personally what they could advise me to augment my chances. I made advised changes to my CV and re-applied days later. Weeks after that, I was invited for an interview – my first ever professional interview.

I travelled to Sheffield and Warp's quirky city centre premises where I had the interview and was told that it was basically a case of when I could do the internship. As they only had space for 2016, I chose to go for February.

I worked in the office with two Heads of Department, a joint CEO, the production co-ordinator, and the finance assistant. While I was working at Warp, their latest television programme, the now BAFTA-nominated The Last Panthers, finished airing on Sky Atlantic and so the bulk of my time was spent on the delivery of this series. Typing up cast and crew contractual obligations, making records of foreign location agreements as the show was shot primarily in France, and helping with subtitling for DVDs and VOD.

In late 2015, This Is England '90 aired marking the last series in the saga. As a result, I helped arrange for the three-series box sets of DVDs and Blu-Rays. As far as future projects are concerned, one of my prouder achievements was generating a production schedule for their upcoming first international co-production with American and Canadian partners.

Every week, the London office would travel up for regular and private development meetings. This gave me a chance to ask the full Warp team about their jobs and ask some advice about my own development.

"Thanks so much for all your help this last month, it's been great working with you and having you in the office. Hope you've found your time here useful! You know how to use Silvermouse now! This is an invaluable life skill! Best of luck for the future. Cat."

- From Warp Films's Production Co-Ordinator and Producer and manager of the internship. 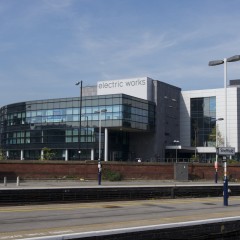 Since graduating in Summer 2015, I've looked at getting work in the film and television industry. 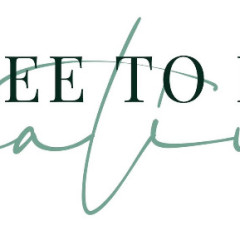 Want my job? with founder of 'Free To Be Creative' Emily Gardiner