When Lemonade was released last week, it had a very big impact on campus. Jumping on 142 - the magic bus - on the way to university, sleepy students found the passion to argue, even on early mornings.

The Manchester student community is divided. There are those who defend, strenuously, the visual album ("a masterpiece") and those who are not convinced ("it's just another marketing strategy").

However, what it is certain is that - marketing strategy or not - it is getting people talking. Scrolling my Facebook timeline last week it was difficult not to find an article about Beyoncé and Jay-Z. Rumours about 'Becky with the good hair' went so viral, that, at the Met Gala, Rita Ora and Katy Perry wore badges with 'Not Becky' on them. My Twitter feed was similarly inundated with #LEMONADE hashtags and tweets about black women's pride and feelings of feminist support (and, less seriously, lemon emojis).

If February mornings were filled with echoes of Work by Rihanna, now the excitement is exclusively for Beyoncé and her visual album. For the first days after the release, giving away details of the short film included in the album was considered a betrayal similar to spoiling the last GoT episode (nobody mention Jon Snow!). Now this frenzy has starting to fade away, but a more silent appreciation has started to grow. It feels like the kind of excitement Harry Potter films generated, the question is no longer if you have watched Lemonade, but how many times have you done so.

Whatever your opinion on Lemonade is, there are certain aspects and messages that cannot be overlooked. Lemonade, yes, is about infidelity and betrayal, love and forgiveness, but it also carries strong messages about cultural identity. The stylistic choices, the filming, the themes and the music, they all say one thing: empowerment to black women. When you see your academic community, and your friends, undermined by disguised racism, well, you need this message. A few weeks ago, an episode of racism was reported at Warwick University and subsequently a national survey was launched by student media newspapers. It is not only a local issue, but also widely spread here in the UK and in other parts of the world.

Of course, not only Queen Bey has denounced those issues. Other great artists have spoken and given space in their work to discuss this. Beyoncè has inherited a lot of things from the past queens of soul music. Listening to Beyoncè's Freedom, it is hard not to think about Aretha Franklin. Not only for the similar title, but also for the strength and pride in her voice. Haters can hate. But, sometimes, on the bus in a rainy day, you just need to hear a powerful voice singing 'I ain't sorry'. 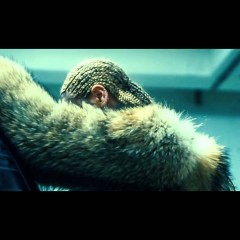 A view from the other side: Lemonade

When Lemonade was released last week, it had a very big impact on campus. Jumping on 142 - the magic bus - on the way to university, sleepy students found the passion to argue, even on early mornings.