Modern music - especially, let's face it, Hip Hop Music is heavily criticised for lacking creativity or originality. But what happens when artists break out of the factory settings? TailrMdeLvn, that's what.

It's not just the over-50s who think all music sounds the same, I myself have felt this for quite some time. So whenever I find an artist or group who are doing something completely different, it somewhat restores my faith in humanity. That might sound like an exaggeration...it really isn't. My faith in (the musical talents of) my fellow man was well and truly restored when I came across a musical group named TailrMdeLvn.

TailrMdeLvn are comprised of two creative individuals, Jamell René and Maîtresir Arki. The duo are based in London, and have become known amongst their fans for their rebellious mindset, combined with a tremendous amount of creativity. The group combine a variety of genres rather than sticking to one, as well as mixing sounds from various different eras. This alone gives the group a sense of originality - thus setting them apart from many other groups within the music industry.

One listen to their EP 'Noir - One Night In The Studio' and you'll immediately understand the level of originality that this group work to. The EP has a beautiful sound throughout, and the lyrics hold a tremendous amount of meaning. Producing meaningful lyrics is an art in itself, that is becoming increasingly rare within not just Hip Hop, but lots of different music genres. Whilst we all enjoy a good beat, combining that beat with lyrics that we can personally relate to is what makes a song great.

The group's work rate is second to none. Content is released consistently, and the quality of the content never disappoints. You will only hear real lyrics from the duo, and those lyrics are always accompanied with flawless production. Recently, the group have received co signed with some huge names within the industry such as Hot 97, Respect Magazine, SBTV and Mostly Junk Food. It's obvious that they have a unique vision, and everyone seems to want to be a part of it. Sadly, there was a period of hospitalization where the group were unable to progress. However, they are now back and eager to show the world what they're made of.

I had the opportunity to speak to Jamell Rene of TailrMdeLvn about what music means to him personally. "There's something about music that's just way deeper than anything," he told me. "That's why it affects us so badly. That's why it can affect us in any way, shape or form. We can hear something that we love and it changes our mood to make us feel better."

Jamell also mentioned the impact he wants to leave on this earth through music. He said the following: "Before I die, I want to leave a lot of wavy stuff here on the earth. Through my art, and through my message. Aspire to Inspire before we Expire."

It's seems obvious that this duo will go far. They're making some big moves at the moment, and hold a tremendous amount of potential. It is rare to find musicians who still care about producing meaningful lyrics, and remembering the profound effect that music can have on us. This is a mindset that will set TailrMdeLvn apart from many artists. If you have any common sense, you'll keep an eye on the duo, because they're about to change the game. 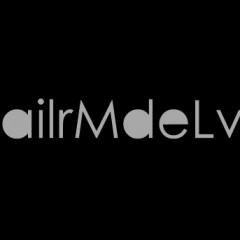 Modern music - especially, let's face it, Hip Hop Music is heavily criticised for lacking creativity or originality. But what happens when artists break out of the factory settings? TailrMdeLvn, that's what.