This a little summary of why I love Films and how it has helped me to pursue a career in the film industry.

Why I love films. It's a simple topic but has so many meaning embedded within it. The reason why I love films is not because it provides escapism for me but it introduces a whole new world to me. A world full of adrenaline, excitement, happiness, sometimes sorrow and unease which is also pleasurable to an extent. From endless euphoria in wondrous lands of fantasy to the dark dystopian worlds of horror, it is surely evident I've spent most of my life immersed in films. Whether my immersion was merely escapism to ordinary life, or a means to feed my curious imagination, there is no doubt that the film industry is an industry which I have always had the intention to explore

I mean come on, who wouldn't want to live in a world where they get to see Scarlett Johansson as a beautiful assassin or maybe Jason Statham, a British Henchmen who throws down bodies for a living, which to me is what I call a life full of excitement and that is what films do to me. Films allow me to escape into another person's life and experience situations you wouldn't normally experience.

I am always for different genres, action, comedy, and thriller and dare I say romance. I like seeing a cheeky romance flick every once in a while but maybe it's because I fantasise something like that may happen to me. ''I am saving a damsel in distress, and I am a stereotypical male with a stoic face who will get the girl of my dreams''. Nope, that's the beauty about films, it makes me believe something which may not happen and I am happy with that because I am my own person.

That's the side of films which I love which gives me a reaction mentally however the other side of films is creating it. Yes, I mean actually creating it. Now, it's my turn. If I really think about it, the reason I love film isn't tangible, it's the way it makes me feel. It's like when you read a great book, you enter a world that is separate from where you are, but you relate to the characters and get lost in the pages. It makes you happy or sad. It makes you laugh and also cry. Films do that, but more directly. A good film relates with you and doesn't leave your system right away. The best films to me are the ones that never leave me and are always in my heart and soul. I had the chance to do this at BFI National Film and Television School. I had the most amazing experience which is hands down the best two weeks I have ever spent in a different city along with 66 different people with different backgrounds. I had a chance to work on a film called AA503 with a brilliant crew and I had a chance as an editor to bring something to the table and to the audiences, the same how films which I watched do to me. The mentors I met, Pete, John, Jenny all taught me that films are not just for viewing but it is also for experiences for the audience. It's a journey which they get immersed into, a world which they understand from what which society hasn't taught them.

Not all films carry a message. I understand that. Some films are just a throwaway without meaning or a story of any kind. But even in the cheesiest of flicks there is usually some kind of take home message for the audience to contemplate about. Whether that's the importance of friendship, family, being a real hero, recognising important things, knowing right from wrong, knowing when to act or when not to, there will always be something to take on board and influence our own stories.

So yes I love stories. I love my own and I love other people's. Importantly I love that at any given time I can find a story that will help me to become something more. Or I can watch something I've never seen and learn something that gives my story new meaning. That is what I learnt from the BFI NFTS and they have given me a drive, a motivation to create something which will strike the hearts of audiences and that is why I love films. 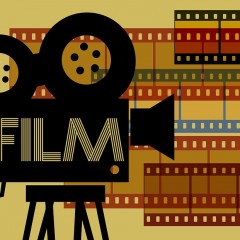 Why I Love Films

This a little summary of why I love Films and how it has helped me to pursue a career in the film industry.