Section Boyz are a UK Rap group from South London. Why should you take note?

The group consists of 6 rappers - Sleeks, Littlez, Inch, Knine, Swift and Deepee. They've been an active group for a while, perhaps since 2010 or so, however they've really started to blow up over the past few years. Last year, they released their song 'Lock Arff' and this is their most popular song to date. It currently has over 6 Million views on YouTube, and that count looks like it's continuing to grow.

Over the past few years, Section have been proving that they deserve a place in the UK Rap scene. If you know about the UK Scene, you'll know about SB - it's that simple. What makes them even more liked is that fact that they've done this on their own. They started extremely underground, and appeared on underground YouTube channels such as UK Overstood. To jump from that, to where they are now takes tremendous work. They have to do promotion on their own, and have been consistent in terms of releasing strong content regularly. They don't seem to leave long gaps in between releasing tracks, and that's another quality that should be praised.

But let's focus on what makes them good artists. We can start off by looking at the group as a whole. When you listen to the group's verses, you'll quickly realise that they don't have a weak link. Each artist has a unique flow and always delivers a strong verse, no matter what type of beat they're spitting on. For example, Swift's flow is a very well-known one. He delivers many of his verses in a high pitched tone and he delivers each bar in a very unique manner; his style isn't comparable to any other artist. Knine delivers his verses in a very calm manner, and also delivers each bar quite slowly with some very effective pauses between each line. It's actually quite difficult to explain flows, as they are that unique. You'll have to check out a track for yourself.

Section use a lot of UK Slang within their tracks. Opinions will vary on this. But in my opinion, it's a sign of being proud of where you're from. The group originate from Croydon in South London, and use language that reflects the environment that they grew up in. The group have a message to say, and I don't feel that that message should be classed as invalid because they're using slang. Anyone who grew up in a rough area will know that most people there are humans too, and their voices should be heard no matter what language they're using.

Section Boyz have released two mixtapes to far. However, these mixtapes sound and look a lot more like albums. The amount of tracks on the mixtape, and the quality of those tracks represent an album. And a pretty good album too! Their first mixtape 'Section Only' was released in 2014, whilst their second 'Don't Panic' was released in 2015.

The group also had another great moment in 2015 when the won the Best Newcomer Award at the MOBO's. This was Section's first MOBO, and will undoubtedly do loads for their career. Not only for their career, but for UK Rap as a whole.

The group are currently touring the UK, and are proving the versatility they have as a group. They seem to be improving after each track, and this current UK Tour has featured artists such as Skepta, and even Drake. Fans attended a concert and only payed £10, and were in for a treat when these two massive names turned up unexpectedly.

These are very high profile artists, and their presence on the group's tour proves a lot. Even though Section Boyz haven't been signed, they're doing all the right things, and making all of the right moves. If this work rate continues, I don't see why they wouldn't be signed. But would they be better alone? Many UK Artists have struggled with a label, and seem to do much better on their own. I guess we'll have to wait and see. However, it's pretty obvious that Section will have a brilliant career with or without or a label. So watch out! 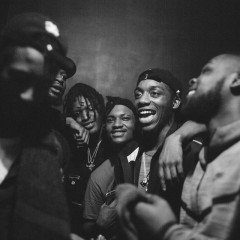 The rise of Section Boyz

Section Boyz are a UK Rap group from South London. Why should you take note?