Voice MagBlogsFive of the best fem…

This Tuesday was International Women's Day, and there are plenty of related events continuing into this weekend. As a lover of all things lit, I decided to pick my top 5 female writers who celebrate women, feminism or gender equality.

These writers are from different eras, different cultures and write on completely different issues but they all give a voice to female experience, which is really important when most people still associate good literature with the male greats such as Shakespeare and Dickens. There are loads more, so if your favourite didn't make my list, let me know in the comments!

The coming of age story Jane Eyre is widely acknowledged as an early example of great feminist writing, with Jane navigating her way through a world which limits her. Bronte's other fiction such as Shirley features more feisty heroines and she offered the world a female perspective at a time when she still had to write under a male name. We may have moved on in some ways but these books are still as relevant as ever in others.

As the first female and the first openly LGBT British Poet Laureate Duffy has made monumental progress in literary culture. Her poetry often features women and female perspectives, with her collection The World's Wife giving voice to the women behind great men in history, women who are often left out of the picture. With other titles including 'Poems for Young Feminists' it is clear that gender equality is an important issue for Duffy.

A hugely popular African American author Morrison has given a voice to black women, particularly focusing on the marginalisation and traumatic experiences her characters suffer due to both racism and sexism, which is not only prevalent, but entrenched in society. Beloved is a haunting tale inspired by real experiences, but Morrison isn't one to shy away from dealing with difficult topics.

An early feminist advocate, Woolf argued the need for women to have the space and means to be able to write in order to be successful in her hugely important essay A Room of One's Own. This seems pretty basic but when we think about women in work today, there is still plenty Woolf would have to say about the wage gap, about opportunities for promotion and representation of women in different industries.

A hugely successful Nigerian novelist, Adichie is the author of books such as Half of a Yellow Sun and Purple Hibiscus. She is also a huge advocate for intersectional feminism (where other issues such as LGBT and race are considered alongside gender equality). Her TEDx talk We Should All Be Feminists looks at how we construct gender and what impact this has on our personal identities. 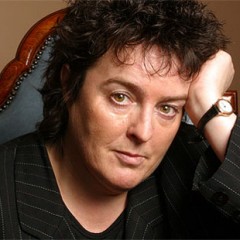 Five of the best female novelists

This Tuesday was International Women's Day, and there are plenty of related events continuing into this weekend. As a lover of all things lit, I decided to pick my top 5 female writers who celebrate women, feminism or gender equality.