29 days this month... but was February a month worth extending?

Let's get the best parts of February out of the way first.

It was my birthday. It was messy and it was fun. 22 years young and I finally got to play Cards against Humanity, and Exploding Kittens - two great games if you are with friends. It has been the first birthday in many years I have really enjoyed, so thank-you to all who came out for it.

Deadpool. My god. I knew it it was going to be good, but I haven't enjoyed a super hero film as much since The Dark Knight Rises.

Now, for everything else.

I think the biggest news of last month was the date of a referendum for leaving the United Kingdom being set 23rd June. Boris Johnson has thrown his hat in with the 'Brexit' team, which i've written about extensively, but basically I believe he is doing it for the wrong reasons. I won't go into the rant again, but I encourage all of you to read ALL of the facts and arguments surrounding the vote of leaving the EU.

February was also the month of awards, with both the BAFTA and the Oscars being held. If you didn't know, Leo won an Oscar, and I believe it was totally undeserved. But at least he now has one, and we can stop fixating on it. I have never understood the need to be so publicly adorned for simply doing a job. Yes, the process of making a film is hard, and you have to be talented to do it, but why do you need goody bags worth thousands. Why do you need to to be validated by people who are evidently out of touch with the desires of the public, and seem every year to generate some kind of controversy. I feel the Oscars as a whole is an extended stroking of vanity. This being said, I'm glad Inside Out won an award - such a good film. We covered all the Oscar and BAFTA wins on Voice, if you're that way inclined.

Housekeeping now - we are running a Gold Expo event this June. If you want to be part of Arts Award 10th Birthday celebrations, this is set to be a memorable event!

Post GCSE students will either weep with joy or sadness at the news that Harper Lee died last month. The author of the dreaded To Kill a Mockingbird has had her work forced upon 16 year olds for years, if your school didn't decide to give you Of Mice and Men instead. For those who grew an affinity with the book will be pleased to know though that there is a stage adaptation by Aaron Sorkin.

The BBC have had a pretty busy month too. Again, let's start with the good. Just before the month ended, they announced a new Music app, which allows you to search for music that was played from anywhere on the BBC over the last 7 days. You can listen to a 30 second excerpt of it, and add it to your personal playlist. You can also export the playlist to YouTube, Spotify or Deezer, which is actually really cool. It's one of the exciting and better things the BBC are doing, and why I actually love the BBC. Some of the technological advancements they push forwards are great.

But, and this is a big but, they aren't perfect. February also saw the release of report into the historic sex crimes by the thankfully dead Jimmy Saville and the only incarcerated Stuart Hall. The report sad there had been

Finally, can we just take a moment to laugh at 50 Cent, who has been called back to court to explain why he is posing with buckets of hundred dollar bills on Instagram when he had filed for bankruptcy. Love it.

Did you know that we actually do a weekly round up of the news? Well, just FYI, we actually do a weekly roundup of the news. All of the old roundups are tucked safely away on the virtual shelf that is the News of the Week Voicebox, and a new one is published every Saturday. If you love news, news commentary and gifs, you should definitely check it out! 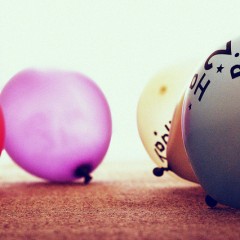 29 days this month... but was February a month worth extending?