I went to the opening talk at Bath Literature festival to hear acclaimed author Pat Barker talk about her work and her new novel.

Noonday is the final installment to Pat Barker's second trilogy, adding to an already significant list of novels under her belt. Famous for the Regeneration trilogy, set in the First World War, her latest novel brings her more recent characters through to the Second World War. This allows her to explore the guilt of the generation who according to Elizabeth Bowen 'muffed the catch', as Barker tells us, for being the generation who was supposed to prevent another war, but failed.

Barker is incredibly frank about her life, her work and her writing process, speaking energetically about moments in her novels and fondly of her characters. She reflects on a scene from an earlier novel, only to claim she later read the same incident in the work of William Boyd, and that 'he did it better of course,' showing incredible modesty despite her literary success.

Though Barker has written extensively on the First World War, this trilogy is the first time she has moved onto the Second, and interviewer Alex Clarke points out that she hasn't yet dealt with a contemporary conflict. This is because our was have been exported, Barker explains, what could she write about now that would be comparable to the home front? We are too distanced from it now, we don't have the same experience. Though it becomes apparent in talking that though the novels are set in a particular time, they also reflect all conflicts, an idea which really hits home when she tells us the National Memorial Arboretum (the monument for those who have died in the Armed services) has space for the names of soldiers who will die in future conflicts, alongside the historical ones it already holds.

Moving on from that chilling idea she talks about her experience of getting published with her first novel Union Street, which is really interesting to me for two reasons: it is about life in the North East, which is where I'm from, and she was working on it while being taught by author Angela Carter (The Bloody Chamber) in a writing workshop. Barker laughs openly about finding it hard to get published, telling us that she didn't deserve it because her initial attempts at a novel weren't 'that good'. She so easy and entertaining to listen to because she is plain-speaking and direct. This is a quality which her writing style has been commended for too and makes me even more eager to delve into one of her novels. 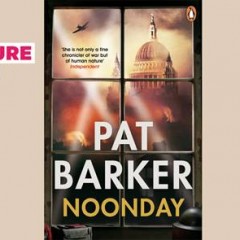 I went to the opening talk at Bath Literature festival to hear acclaimed author Pat Barker talk about her work and her new novel. 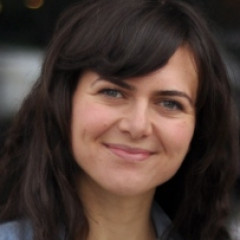