Any grime fan will know about the current beef between Yungen and Chip. It's been absolutely crazy, and has come pretty much out of nowhere. If you're not a grime fan, you most likely have two questions. Firstly, who are Chip and Yungen? Secondly, how did the beef start.

I'll start off by explaining why fans get so excited over 'beef' within this genre. It spans back to American Hip Hop, when Tupac and Biggie were throwing diss tracks at each other. At the time, this was huge, because it wasn't something that music fans saw everyday. After this, many big names started to diss other artists within the Industry. The point was to prove who the better lyricist was, and who was a better musician overall. It gave the artists a ton of publicity, and it was always extremely entertaining for the fans.

This still stands today. Artists still go at each other, and these 'battles' can usually go on for quite some time. Chip has become known for dissing his fellow artists, and using his lyricism to really put them through their paces. He has been in the grime industry for quite some time now. He had a rather short career within the pop industry, but is very much back into the grime scene. Ever since his return, he hasn't held back from saying what he feels. In his Fire in the Booth with Charlie Sloth, he addressed this issue with the Grime industry, and he named specific artists that he had personal issues with. This caused an uproar, and the artists mentioned fired back immediately. In this instance Chip mentioned Tinie Tempah, who fired back with a diss track.

Yungen on the other hand, is still fairly new to the scene. He hasn't had as much fame as Chip, but is still rising very quickly. He was recently signed to Sony RCA, and is very close to Krept and Konan, who are huge in the industry right now.

So how did this beef even start? It started off with Chip mentioning that if Sneakbo is nominated for in the MOBO's, Yungen should be also. It isn't clear whether it was meant to be an offensive comment, but Yungen certainly did take offense. Yungen made some very underhand comments towards Chip in some recent tracks, and Chip didn't hesitate to record One Take and go right at Yungen. After this, Yungen was left no choice but to reply. He was told that Chip was likely to drop a diss track, so he prepared a track just in case. Yungen's diss track Punk was put out less than a day after One Take was released. Again, in another short period of time, Chipmunk released Michelle Riddim (Lil Clive Diss). It was obvious to fans that things were getting pretty serious between the two, and personal. Yungen responded to that with Oopsy Daisy Riddim. Oopsy Daisy is a song that Chipmunk recorded in his pop days. Within the grime industry, Chip is heavily criticised for his stint as a pop artist, and this was an obvious attempt to poke fun at Chip. Finally, Chip responded with L. Yungen hasn't replied to this yet. However, fans seem to be fairly split on who's winning the battle. Chip may have the experience and lyricism, but Yungen's up and coming and has also provided some very solid verses.

This beef will do a lot for both artists. This demonstrates both artists' ability to write and record a song (and create a video!) in a very short period of time. This shouldn't be overlooked, as some of these tracks have been written, recorded and shot in under 24 hours. That's incredible. It will also increase the following of both artists. All you need is a quick Twitter search for Yungen or Chip and see the amount of tweets that are being put out. Chip may have experienced similar fame before, but Yungen hasn't and this will do tremendous things for his career. If you aren't a grime fan, I still believe you can enjoy this battle, simply for entertainment purposes. So what are you waiting for, go and catch up with those diss tracks! 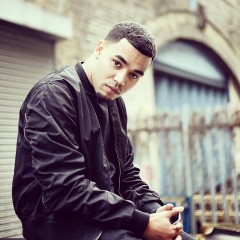 Any grime fan will know about the current beef between Yungen and Chip. It's been absolutely crazy, and has come pretty much out of nowhere. If you're not a grime fan, you most likely have two questions. Firstly, who are Chip and Yungen? Secondly, how did the beef start.