The omission of Indian independence to the forgotten Windrush generation in the history curriculum means that many minority students feel alienated from their roots. So how responsible is the curriculum for the absence of racially diverse narratives?

At present, the national history curriculum seems to rely on ethnocentric perspectives to deliver narratives. As such, the experiences that come with studying history can feel confusing. Nell Bevan, co-founder of the Impact of Omission, has said

‘I remember hearing adults say that you learn history so you can learn the mistakes that we used to make. But how can you avoid mistakes that you are not taught about?’

Since the curriculum does not provide racial diversity within its topics, students can stop wondering about their roots, permitting space for self-degradation and internalisation of racism. This is unfortunate since ethnic minorities currently make up more than 28% of students in UK universities.

With the understanding that the curriculum omits narratives, it is easier to comprehend that in 2014, 59% of Brits claimed that they were ‘proud of the British Empire,’ and that a year after Brexit, 60% of school staff claimed that they had witnessed racist bullying among students.

But supposing schools want to teach students solely about British history, where would one find mention of Black Tudors or Mary Prince or Harold Moody, who contributed to rebuilding the nation, Black activism and saving lives in the UK?

Perhaps many would form a different perspective on significant aspects of British histories, such as the British Empire, if they knew more about individuals such as the Indian indentured labourers, also known as Girmityas. Under colonial rule, the Girmityas migrated to colonies such as Mauritius in 1837. Despite the fact they were treated with some dignity because the slave trade was abolished in 1807, the Girmityas were exploited and used for cheap agricultural labour. 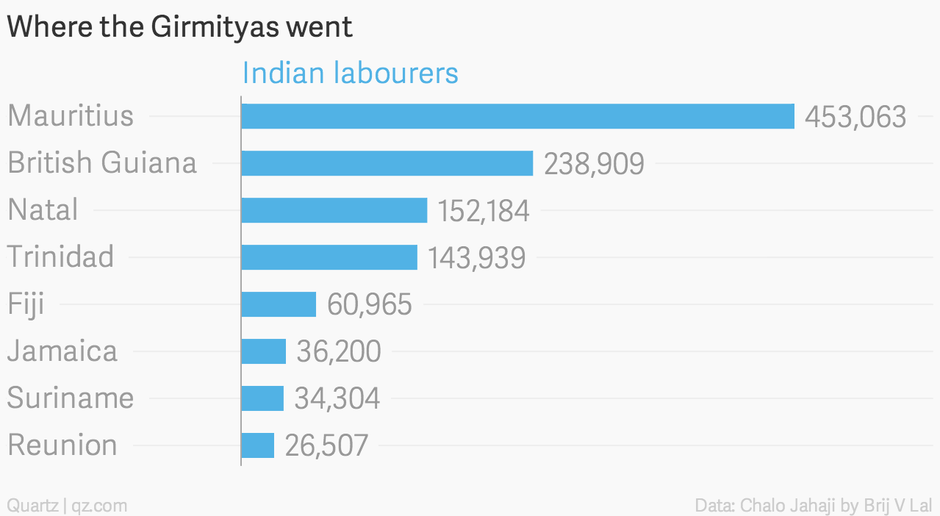 By the end of the 19th century, it is estimated that British colonies saw around 1.3 million labourers who had settled in their homes and created Indian diaspora communities. These workers left behind families and were not thanked for their contributions to the empire, allowing us to recall how Indians and other ethnic minorities travelled to the UK en masse over a century after migrating to Mauritius. Even in the aftermath of decolonisation, Windrush migrants that came from the West Indies and South Asia went to areas of the UK where they were victims of exploitation, and racism was entrenched.

Today, students in most UK schools do not recognise the Girmityas or Windrush migrants, let alone their plights. However, issues regarding less featured historical topics have become more discussed following the murder of George Floyd in 2020. Recently, School Minister, Robin Walker said, 'Do we want people to learn about the Tudors and the Second World War? Yes, absolutely. But we want to do it in a context of understanding Britain's place in the world.'

Until recently, such sentiment was not popular among many. In 2014, the then Secretary of State for Education, Michael Gove adopted a traditionalist view for the history curriculum. The Guardian reports that Gove ‘removed the curriculum’s explicit focus on racial and ethnic diversity, particularly within Britain.’ His plans were a lightning rod for controversy since whilst many believed them to have set students back in their understanding of the world, many Brits were in support of them. For them, their only concern was the chronology of historical events taught being made clear to their children. Despite Gove backtracking aspects of his plans for the curriculum in response to opposition, historical moments about migration to the UK, for instance, remain optional for schools to cover in classes to date.

Forcing us to reevaluate what most of us understand to be accurate history, however, is Miranda Kaufmann, who in 2017 published her book titled Black Tudors: The Untold Story. It takes a peek into the lives of ten Black individuals who lived freely in England. If Black students were to become exposed to its contents or similar content, they would find history that could make them feel less ostracised.

One might be intrigued to learn about Jacques Francis for instance, a Black African man who played a rather significant role in royal Tudor society. During his reign, King Henry VIII desired to recover as much as possible of his sunken warship, Mary Rose, that he lost in 1545. He hired Francis as a diver to salvage valuables and artefacts from the prized warship as early modern society believed such jobs were better suited to African men. The expedition must have been successful since Francis was well paid to do things such as raising a heavy cannon from the wreck. Later, he was asked to give a witness statement in court since it was believed that the man he worked under, Corsi, had attempted theft. Prosecution witnesses tried to have Francis’ testimony thrown out, referring to him as a slave or ‘infidel-born,’ but degradation was futile – Francis gave his deposition anyway.

Francis’ story is one unlikely to have been shared among many Black men in the 16th century. Although he never claimed to be a free man, he was not a slave either, and recent interest in historical narratives like his is pivotal for not only an understanding of the past but the push for what the national curriculum should entail. PHD history researcher and writer, Hannah Cusworth opines,

‘Black history is broader than just teaching about 'significant' Black people from the past and it is certainly more than just the transatlantic slave trade.’

However, far too many people in the Department of Education are content with the current status of the curriculum. With the population of ethnic minorities increasing in the UK, individuals must begin to ask whether the curriculum is sufficient for an adequate understanding of the past. 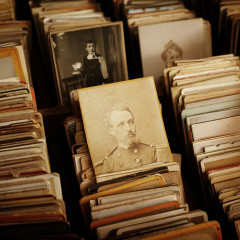 How responsible is the national curriculum for our myriad of forgotten histories?

The omission of Indian independence to the forgotten Windrush generation in the history curriculum means that many minority students feel alienated from their roots. So how responsible is the curriculum for the absence of racially diverse narratives?