Following on from World Video Games Day, we rank the ten best games of the century so far

As a belated World Video Games Day celebration, we look back at ten of the best video games of the century so far, in a mostly subjective list that also incorporates a degree of objectivity (such as popularity and influence).

It would be difficult to make a top 10 video games list and not include Minecraft, regardless of how much you’ve played it or whether you like it. It is inarguably one of the most influential and most popular games of all time at this point, and it is loved by so many that having a top 10 without it would be highly questionable. It’s an incredibly simple game with a simple premise: build stuff. The simplicity not just in the premise but in every aspect – even down to the cube world and simplistic graphics – is what makes it so popular and so accessible.

The Witcher 3: Wild Hunt was chosen as Game of the Year for 2015 by countless publications, owing to its immense open world, immersive story and subplots, fantastic graphics, and entertaining combat system. It is easy for The Witcher 3 to feel like one of the densest games you’ve ever played, with numerous story options, a wide variety of places to visit, countless enemies to fight, things to discover, and dialogue options for storylines. It’s never been easier to immerse yourself in another world than it is in the unnamed continent that The Witcher is set.

The Victorian-era inspired city of Yharnam and the beasts that inhabit it is one of the most memorable video games settings of all time, and the Lovecraftian elements that slowly reveal themselves over the course of the masterpiece that is Bloodborne only help in ensuring it is one of the most memorable and brilliant games you’ll ever play. The combat is the classic FromSoftware setup that was first seen in Demon’s Souls, with its own spin put on it in order to introduce the use of guns. It works fantastically, and the result is one of the most rewarding combat systems in any game, ever. The world design, story, graphics, and every single other aspect of Bloodborne is equally fantastic, and the difficulty of it only makes it all the more rewarding.

Regardless of where the franchise has gone since the release of the wildly popular fourth instalment, the fact remains that Call of Duty 4: Modern Warfare is one of the most popular games of all time, largely because of its insanely successful multiplayer mode. The campaign is just as acclaimed and enjoyable though, and while neither were especially innovative or revolutionary, the popularity stems from the fact that Call of Duty 4: Modern Warfare practically perfected the shooter genre at the time of its release. It was difficult to find someone who wasn’t playing it in 2007, and it’s difficult now to find a game that’s as popular as Call of Duty was at its peak.

Visually, Borderlands 2 is one of the most unique games – especially among first-person shooters – you can play, and the story and world is equally… different. The combat is a lot of fun too, with four different classes to choose from with different abilities and multiple skill trees for levelling up, and it perfectly complements the multiplayer mode, as it allows you to have one player of each class and thus a perfectly balanced team. The procedurally generated loot system and various gun manufacturers ensure you won’t be getting bored any time soon, too. It’s the story and humour however that elevate Borderlands 2 to being one of the best games from the past 22 years.

Speaking of memorable first-person shooters with brilliant storylines, BioShock might just be the best one. This game follows a man in 1960 who discovers the underwater city Rapture, which was built by a business magnate to be an isolated utopia. The mixture of first-person shooter and role-playing game characteristics, along with the blend of biopunk and horror elements, and the fantastic, inescapable atmosphere and memorable story make BioShock quite easily one of the best games of the century so far.

Another game that you simply cannot exclude, Grand Theft Auto V is the second best-selling video game of all time, and the only one that comes remotely close to Minecraft in the top spot. It also broke sales records and became the fastest-selling entertainment product in history after making more than one billion dollars in just three days. If that doesn’t speak for itself, its longevity does: it’s been re-released on every next-gen platform in the nine years since its release and it remains one of the most financially successful entertainment products ever. It was just as successful with the reception from both the general public and gaming publications, winning numerous game of the year awards and becoming one of the most-played games of all time.

As well as being enormously immersive and a thrill to play, Resident Evil 4 was innovative in numerous ways. It revolutionised the third-person shooter and third-person action games in general with its over-the-shoulder viewpoint and precision aim features, and it also influenced the survival horror genre by emphasising reflexes. It is widely considered one of the best games of all time, and it has influenced countless other games that are typically regarded among the greatest, such as The Last of Us, Dead Space, Gears of War, and God of War. It doesn’t matter how old it is – if you haven’t played Resident Evil 4, you need to do so.

Released in 2011, this is a game that needs no introduction. “Skyrim” is the name of one of the nine provinces that comprise the continent Tamriel, which is where the Elder Scrolls games take place. The rich lore and world created by Bethesda is more open to exploration than ever before with The Elder Scrolls V: Skyrim. The world design, visuals, rich lore, character advancement and storylines are all sublime, and it is no surprise that Skyrim is one of the best-selling games in history as well as one of the most highly acclaimed. While the combat can leave something to be desired, the other aspects of the fifth instalment in the Elder Scrolls series do more than enough to make up for any shortcomings.

If Skyrim is a great action RPG that is almost perfect but leaves something to be desired with its somewhat clunky combat, Dark Souls is the action RPG that perfected the entire formula. Also released in 2011, Dark Souls is set in the world of Lordran, and while the lore is just as rich as that of Skyrim, it is often hidden in things like item descriptions and NPC dialogue. Any player that is patient and inquisitive enough will uncover an immensely rich world full of tragedy and pathos, and the entire process is incredibly rewarding. The world design is brilliant too – fast travel is something that’s very common in modern games, and it’s often used as a substitute for good level design. In Dark Souls, you can only unlock fast travel when you’re around halfway through, and considering how much of the world you explore before then, that is a testament to the genius of the world and level design. A mind-boggling amount of it is interconnected, and you are able to travel to almost every area you can see. The combat is immensely rewarding, and while it has a somewhat steep learning curve – one that has led to the Souls games becoming known for their difficulty – it is very well designed and fair, and when you get the hang of it, it makes the combat in games like Skyrim seem pathetic and clunky in comparison. Dark Souls is not only one of the most acclaimed and brilliant games of the century, it’s also one of the most influential, spawning an entire subgenre of games known as “soulslike,” which possess similar characteristics to the Souls games. (Not to mention FromSoftware eventually found enormous success with Elden Ring – a game that is currently the frontrunner for game of the year, has received enormous acclaim, and may well find a place on lists like these in the future – by using the Souls formula, and similarly used the Souls formula for Bloodborne, which has found a place on this list.) 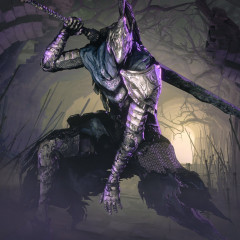 Following on from World Video Games Day, we rank the ten best games of the century so far