Knowledge of Hollywood’s Sewing Circle is fragmented and often unreliable, but still an important insight into lesbian and bisexual individuals in the golden age of cinema.

There is little evidence out there about Hollywood’s alleged ‘Sewing Circle’. However, it is largely known as a group of Hollywood women, some lesbian or bisexual who would meet up at each other’s houses and spend time together. It allegedly encompassed some of the biggest stars in Hollywood from the 1920s-1950s, such as Marlene Dietrich, Greta Garbo and Katherine Hepburn. A space where women could converse and behave freely seemed essential during Hayes Code Hollywood, whose regulations prohibited women expressing their sexuality in any form, let alone portraying lesbian relationships.

It is difficult to believe that such assertive and powerful women as Dietrich would submit to this repressed expectation, making it likely such a group existed. That being said there is scant evidence of what actually occurred and who was involved with Hollywood’s ‘Sewing Circle’. Writer Axel Madsen in his book ‘The Sewing Circle: Hollywood’s Greatest Secret’ has claimed stars such as Judy Garland and Barbara Stanwyck were involved in the group, masking their sexuality with heterosexual marriages. He uses little to support this apart from his own observations, which shows scholarship around Hollywood’s ‘Sewing Circle’ should be taken with a pinch of salt.

The term ‘Sewing Circle’ refers to a group of people, usually women, who come together to sew, while also chatting or gossiping. The image that comes to mind is of a group of housewives finding an outlet outside of the home. Through naming a group of outspoken women after this, you feel as if the stars were poking fun at this demure stereotype of womanhood. The term was coined by Marlene Dietrich herself, and seems to be a response to the way women were treated in Hollywood at the time. Female stars largely performed under male directors and were portrayed as male fantasies on the screen. The ‘Sewing Circle’ would have acted as a space where female relationships and friendships could flourish within Hollywood away from the male gaze.

Versions of this group existed all over the world, not just within cinema. From Broadway to Paris and London, lesbian and bisexual women formed relationships with each other in these groups. It wasn’t just limited to the stars but also women who filled various roles within Hollywood. This includes costume designers, to the poet and playwright Mercedes de Acosta – who was known for having a multitude of lovers including Greta Garbo and Marlene Dietrich.

Information about Hollywood’s ‘Sewing Circle’ is welcome, especially when the narrative of LGBTQ+ rights in early 20th century USA is so unaccepting. Particularly within sexologists there was a belief that lesbians were perverted, or were deemed as masculine and threatening. In cinema, lebsian relationships were erased, creating a lack of representation that invalidated their sexuality. Groups such as the ‘Sewing Circle’ show that lesbian relationships existed, however, little historical information survives which leads some to doubt these relationships. Lack of evidence is hardly surprising considering the context, it’s not exactly an environment in which women could be out comfortably. In addition, the women involved were famous stars and likely wanted to keep their private life secret from the media, regardless of their sexuality.

Perhaps one of the most famous rumoured relationships within the ‘Sewing Circle’ was that of Marlene Dietrich and Greta Garbo. Many reject this rumour claiming there is no evidence of their relationship. In fact the two claimed to never have met! Despite this, Diana McLellan in her book ‘The Girls: Sappho Goes to Hollywood’ claims to have unearthed evidence of them starring in the same film in 1925. She suggests that Garbo and Dietrich hurt each other so badly they refused to acknowledge each other’s existence for the rest of their careers. It is rather odd that they claimed to never have met yet were on the same film set, however it is hardly the basis to jump to conclusions about a relationship.

Alternatively, poet and playwright Mercedes de Acosta had a vast range of lesbian lovers within the ‘Sewing Circle’. Love letters suggest she was intertwined with both Dietrich and Garbo, but she also had relationships with lesser known stars such as stage actress Eva Le Gallienne and screen actress Tallulah Bankhead. In her autobiography ‘Here Lies the Heart’ she references a variety of same sex lovers, most of which, including Garbo, were angry she outed them and severed ties with de Acosta.

This leads to the main issue with looking at Hollywood’s ‘Sewing Circle’ – how much of the information out there is true, or are some authors outing film stars that were never part of the LGBTQ+ community? It is a tricky question to answer. However, Mercedes de Acosta’s love letters and the outrage of the women outed, suggests authors have read between the lines correctly and these women had lesbian relationships- or else why the anger?

These affairs were deeply personal experiences of the people involved, and shows how our intrigue in celebrities' lives can be invasive. However, bringing lesbian and bisexual history to the forefront is positive, especially as these women would have been forced to hide their sexuality – meaning it is important their stories are told now. It is also important that after centuries of erasure lesbian and bisexual women have a deeper and richer history told.

It is difficult to understand if the ‘Sewing Circle’ was this free and safe space for lesbian and bisexual women in Hollywood, due to the lack of evidence. However, highlighting it allows us to understand there was a place of expression for these stars. Just because scholarship on the topic has been sketchy, does not mean we should stop investigating this aspect of lesbian and bisexual history. However, a balance needs to be struck between being mindful of these women wanting to keep their relationships private, and understanding what has been erased because of a homophobic context. Nevertheless, the glamour and the intrigue of Hollywood has always felt like a male domain, meaning further research of the ‘Sewing Circle’ and other LGBTQ+ individuals is a must for ensuring we have a richer understanding of the era. 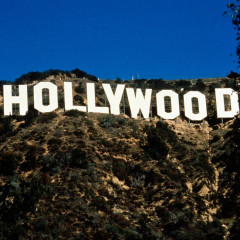 Hollywood’s Sewing Circle: Lesbian and bisexual women in the Golden Age of Cinema

Knowledge of Hollywood’s Sewing Circle is fragmented and often unreliable, but still an important insight into lesbian and bisexual individuals in the golden age of cinema.