For World Oceans Day, we take a look at one of the most popular climate change documentaries.

Before the Flood is a 2016 documentary film directed by Fisher Stevens. It takes a look at climate change and is the result of a collaboration between the likes of Leonardo DiCaprio, James Packer, Brett Ratner, Trevor Davidoski, Jennifer Davisson Killoran, and Martin Scorsese. DiCaprio is the film’s narrator, and the content mostly consists of him travelling to various regions of the globe to look at the many ways climate change has impacted our planet. He also interviews various public figures and experts, including Barack Obama, Pope Francis, and meteorologist and astronaut Piers Sellers.

Before the Flood is a film made in pursuit of an undeniably honourable goal, but it is one that is oversimplified to the extent that it borders on propaganda, which is a little counterintuitive. Propaganda isn’t inherently bad, and it can obviously be used for noble causes – it’s just slightly disappointing to see a documentary with as much funding and reach as this be simplified so much. At one point, for example, DiCaprio interviews a man who claims that beef is arguably the single worst cause of climate change because of the amount of land dedicated to farming it and the many tons of methane it releases into the atmosphere. He claims that if everyone gave up beef – not all meat, just beef – and swapped to a substitute, it would make a huge positive impact.

The documentary fails to mention that lamb is just as bad, if not worse (there is some debate around which is actually worse, but lamb and beef are indisputably the two foods with the worst impact on the environment), owing to the fact that lambs provide a lot less edible meat than cows. If someone watching Before the Flood saw that segment and decided to substitute the beef in their diet for lamb, they would be potentially making things worse. It’s just one small example, but it’s an example that shows why it is a little disappointing for a documentary with this much production value and importance isn’t perfectly researched and/or doesn’t explain these things to the fullest extent possible.

Before the Flood largely appeals to the general populace to take action against climate change. It asks us to do little things like avoid beef, it asks us to pressure our politicians and to vote for representatives who are actually dedicated to doing something about climate change before it is too late. All fair goals, but it feels a little disingenuous to be told that by a rich man who is travelling around the world in planes and helicopters to be filmed gawking at the effects of climate change. Still, Leo’s heart is certainly in the right place. That much is evident. There is also a message at the end about the film’s carbon footprint being offset by a voluntary carbon tax and donations, so they were self-aware about these things and were able to do some good.

It also doesn’t mention the fact that 100 energy companies have been responsible for 71% of all industrial emissions since human-driven climate change was officially recognised, and so to put the burden of solving the crisis on the general public again feels somewhat disingenuous. They do encourage people to vote for politicians who care about climate change, which would, in theory, be the best way to target those companies… but considering the mind-boggling impact of those energy companies, it again feels like Before the Flood fails to go in-depth enough.

All in all, Before the Flood was a great tool to grab people’s attention and get people talking about climate change. Using Leonardo DiCaprio and featuring interviews with some of the most famous and influential people on the planet created an interest for many people who wouldn’t have otherwise cared. Ultimately, however, it failed to have much depth. There is key information missing about the reality of the climate change crisis, and the information that is featured is sometimes oversimplified. Regardless, Before the Flood is well-made and engaging, and while it won’t be revelatory to anyone with pre-existing knowledge of climate change, it has hopefully done some good by inspiring and encouraging people who weren’t already aware. The more people that know the gravity of the situation, the better, and having A-list celebrities like Leonardo DiCaprio spreading awareness is a good start.

The website, www.beforetheflood.com, is still up today. It features several pages dedicated to educating anyone curious enough to visit, and there is also a “TAKE ACTION” tab that encourages people to do more to help and explains what can be done. The fight for the climate continues. 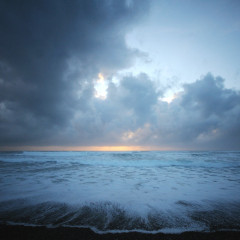 Voice Retrospectives: Before the Flood (2016)

For World Oceans Day, we take a look at one of the most popular climate change documentaries.