Chloe Juliette talks to the power of  deliberation, and how it can empower young people to directly shape the policy that impacts their lives.

Have you ever heard of deliberative democracy? I hadn’t, either. What about co-production? No? What’s been funny about much of my career is I have to explain it from scratch to nearly every person I meet. And when I tell them, it’s usually met with wide eyes and words along the lines of “I had no idea… that’s so good that it’s happening. Sorry, tell me again, what happens?”

So I’ll start by telling you a bit about what it all is, then I can tell you a bit about some recent work I did with some excellent young people on how impactful (or not) it is. Let’s start with delib. I got into delib as a method for research and engagement in service design, specifically services for children in care and care leavers (care leavers being young adults who have recently left the care of the state). I can summarise what it feels like to leave care and enter the world, riddled with trauma and no social support at 18, thus: “you don’t leave care, care leaves you”. In case it isn’t obvious, I was one of many people booted out of care into the world far too young with far too much unresolved trauma I didn’t even know I had, and also one of the ones who is, quote un-quote, ‘smashing it’.

Anyway, a deliberative method basically brings people together with different perspectives, often providing some stimulus like previously done research or the state of a current policy, to – you’ve guessed it – deliberate, on a key question or set of questions. The idea is, and I’ve seen it work, to focus on problem-solving and building consensus. Where research might look to uncover problems or the prevalence of a given view, and an evaluation might look to understand what enables or prevents an intervention working in its intended way, a deliberative methodology for research or engagement seeks to have the same group of people come together for an extended period of time to hash out the issues from lots of different angles, and provide recommendations for a policy or a service design. Co-production is a similar practice, though has a different focus in its framing.

Deliberative methods are better known as deliberative democracy, which is why I wasn’t able to find any books on this until the last couple of years – I was looking for deliberative methods, research, or engagement. If you look up deliberative democracy you will find A LOT of literature to read up on. A deliberative engagement usually brings together a group of the general public made up of different gender, age, ethnicity, geographic location, socio-economic standing and sometimes is purposely made up of people with different political or policy-relevant views. They are brought together to discuss a contentious or complex policy issue that affects the general population, and the rules of play are simple; disagree with the point not the person and be willing to listen as well as talk.

I first saw this played out in a series of discussions with care leavers, social work professionals, and policymakers, to hash out the issues of the care system. I was later told this is co-production, mainly because of the types of people involved. As far as I can tell, co-production is a similar engagement method that brings together service users with those who design and deliver services, to hash out issues and come up with shared solutions. It’s become very popular in health and social care, and tends to value principles like sharing power. You can find me and others waffling on in various corners of the internet if you’re interested in this practice (or just tweet me).

Regardless of what we call it, the (hypothesised) results are the same. The policy or service design improves because people who are on the receiving end of it get to weigh in and make it better. Having poked this with a stick recently, as part of the work of the care experienced young people’s network (a group of young people funded to set their own agenda and carry out of their own research along with a series of podcasts), we found that care leavers involved in policy making about social care services tend to be pretty well educated and have some common character traits or experiences. We also found that, while there is some evidence of positive impacts from involving care leavers in policy making, like developing their skills and forming new relationships, there is little evidence on the impact of their involvement on the policy itself. Some care experienced people we spoke to told us they didn’t want advocates to speak on our behalf, that we should be speaking for ourselves and contributing to the agenda rather than passively receiving services designed by people who don’t understand what it means to be care experienced.

Delib has a similar problem with evidencing its impact. Policy making is long-winded and messy, so it’s hard to measure the impact of public input. I know from discussion with policymakers that they have listened and discussed the recommendations of a deliberative engagement, that it has changed things in some way, it’s just… vague.

As the world we’ve created continues to present more and more challenges that are hard to even look at, let alone resolve, are these methods going to be part of the solution? I’m concerned that, as it stands, they just form part of ‘business-as-usual’. It puts a well-meaning band-aid on a system that is stuck in its ways and moves at a painfully slow pace towards the radical changes that are needed, while somehow also expecting wildly complex research and engagement projects to be delivered at an increasingly insane pace – leaving little time for proper engagement with people who are likely to suffer the most from ever-widening inequalities. I see the Green Party and Extinction Rebellion putting a lot of weight on the idea of deliberative democracy, while also being frustrated that the results of the ones that happen aren’t more radical recommendations. I also see people who feel utterly powerless come out the other end of a deliberative exercise with a sense of agency over their lives that wasn’t there before. I often wonder what happens to them after we part.

So, I’m interested. Would you get involved in the sort of project I’ve talked about? What about a community-based project that tackles loneliness and brings people together towards common goals? I know community groups are self-organising all over. Are you in one? Do you know of any? Are you leading one? If not, why not? If yes - what are your biggest challenges? What are your biggest triumphs? Do you want these tools? Do you want something else? What do we need so we can get organised, in the face of needing to change so much so quickly? Tell me your thoughts.

Chloe Juliette is a social researcher and facilitator specialising in qualitative research, deliberative engagement and co-production. She set up and facilitated the CEP young people's network. You can follow her on Twitter here. 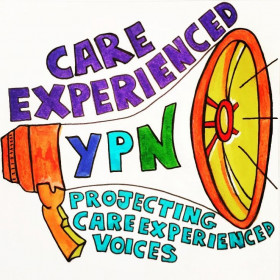 The Care Experienced Young People’s Network (YPN) is a small group of care experienced (CEP) young people, who worked together for two years on their own research projects, podcasts and a campaign.
​
A care experienced project lead supported the care experienced young people to develop and realise their ideas from March 2020 - November 2021, following recruitment and set-up earlier in 2020.

The YPN's time together has drawn to a close now but you can still reach us by contacting the project lead (details on the contact page) or reaching out to us on twitter (@careexp_ypn). Our research reports and resources are here and our podcast series is here. 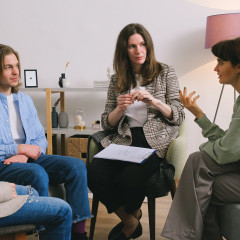 Chloe Juliette talks to the power of  deliberation, and how it can empower young people to directly shape the policy that impacts their lives.